Yesterday, my friend Kevin invited me to an impromptu BBQ rib cook-off being held at Estel’s.  The prize?  $800!  He was competing with three other participants (one from the island, one from Kansas City and one from Oregon) to name the best ribs on the island.  An idea the four of them cooked up over many beers earlier in the week.  Sounds like fun to me…I headed out. 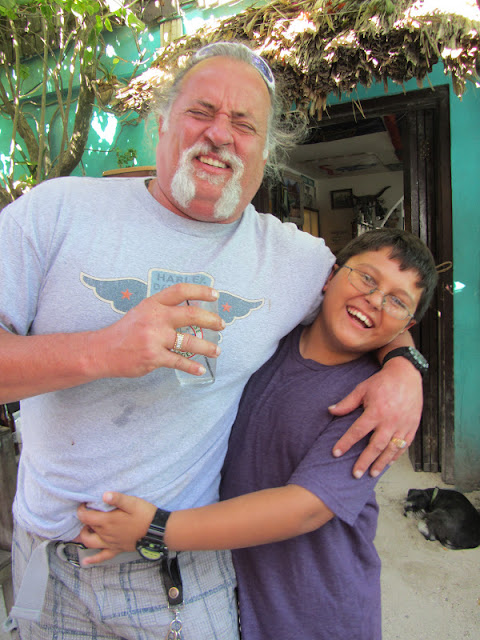 But before I get started let me paint a picture for you, possibly a frame-work for the 2013 Ambergris Caye BBQ Cook-Off/Beach Party/Live Music Week-End bash that this small event (and one of the competitors) got me thinking about.  BBQs lining the front street, the air thick with the smell of smoke and good sauce, people out sampling, drinking beers, buying cute t-shirts and enjoying a fierce competition with locals and enthusiasts from around the world in ribs, chicken, best sauce, whatever else can be BBQed…maybe side dishes.  Crown the BBQ King or Queen of San Pedro.  This could be as big as LobsterFest! 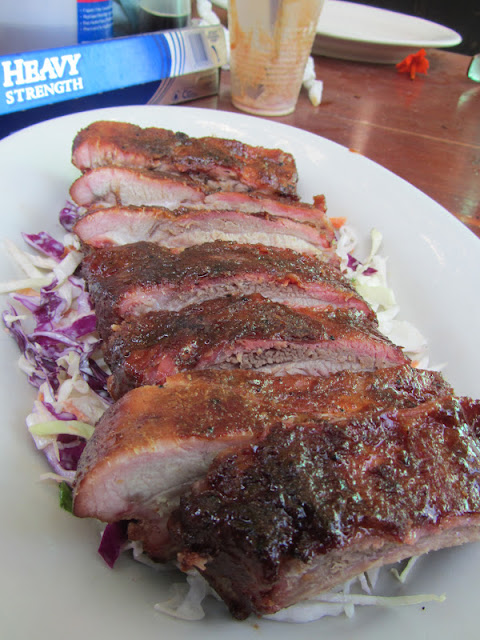 I think it could be huge.  What do you think?  We can always work on the name later though I do lean towards the last choice.

Let’s get back to yesterday’s contest and some pictures of Estel’s, one of the most beloved restaurants on the island and everyone’s favorite breakfast joint.

I can’t take enough pictures of this colorful menu board.  It should be made into wallpaper. 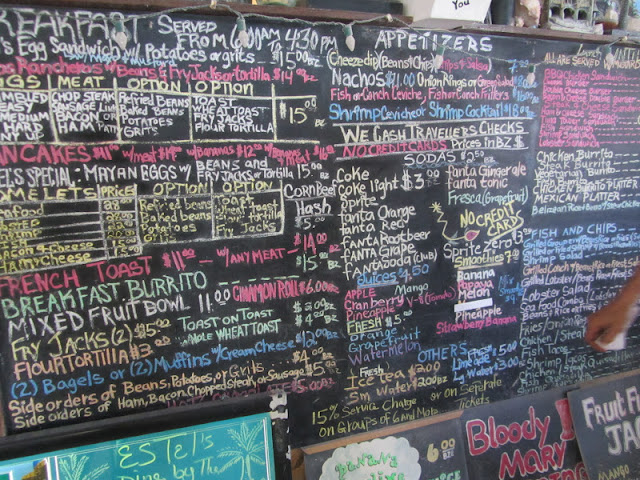 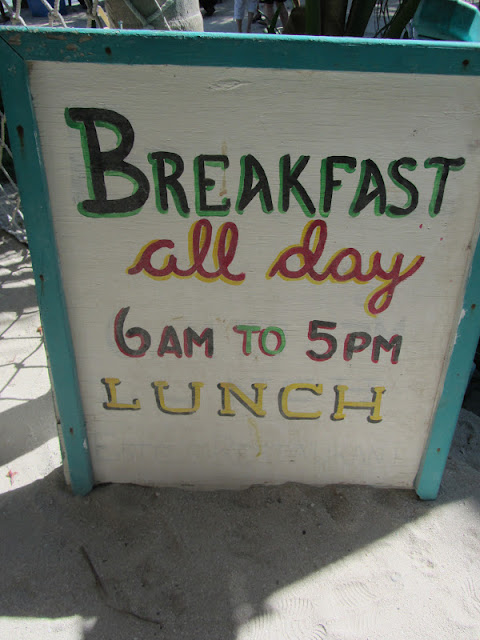 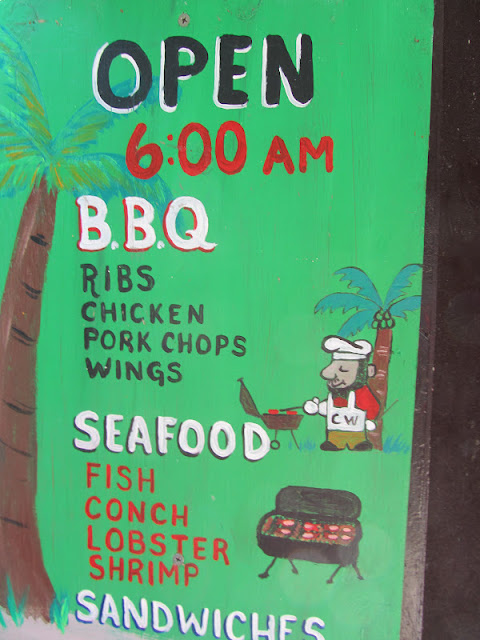 And the view from inside… 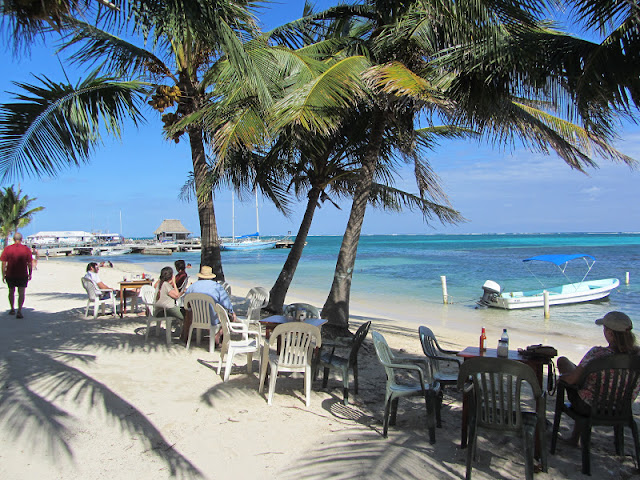 And the live music.  The place was packed for lunch. 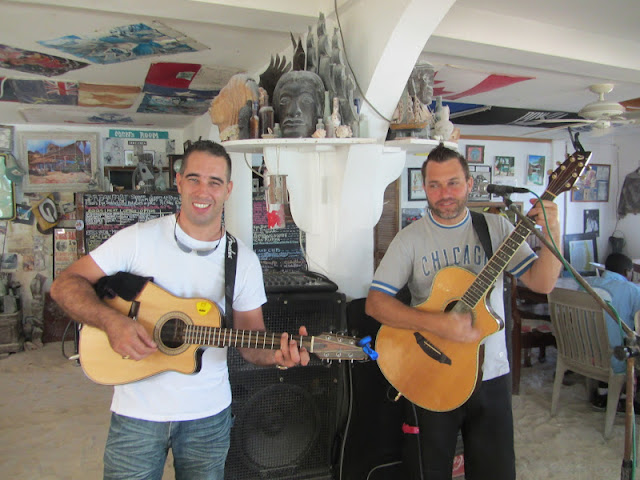 And now let me introduce the competitors.  Everyone knows Charles from Estel’s and his fantastic grilling skills.  He was actually grilling for the restaurant as well. 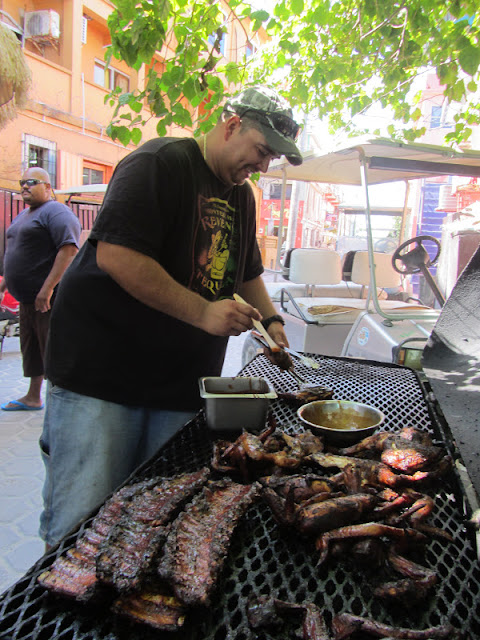 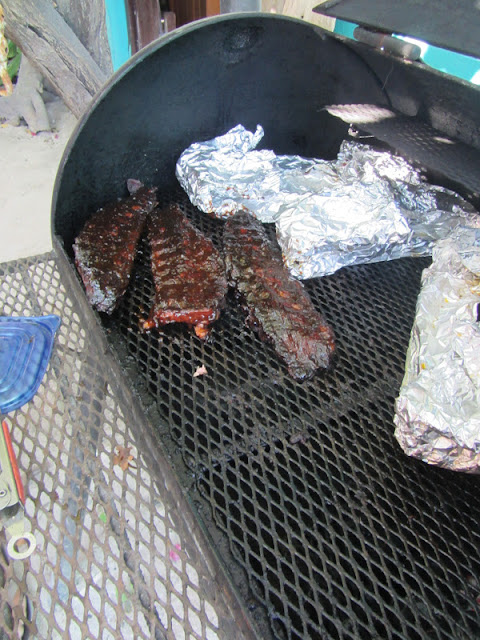 My buddy Kevin showing off his racks. 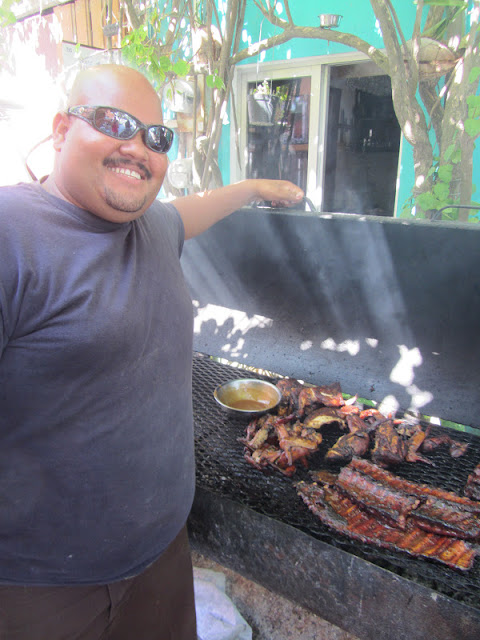 And the two international competitors – first Rick from Oregon and then Kansas City Jim – now that’s a town that knows BBQ. 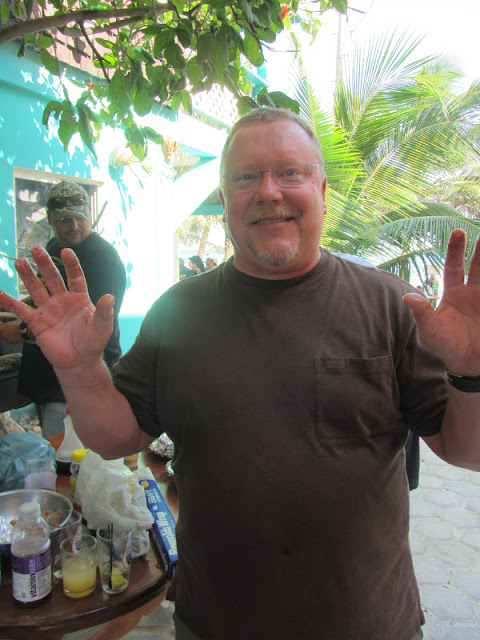 Kansas City giving a speech before the competition started to try to sway our votes. 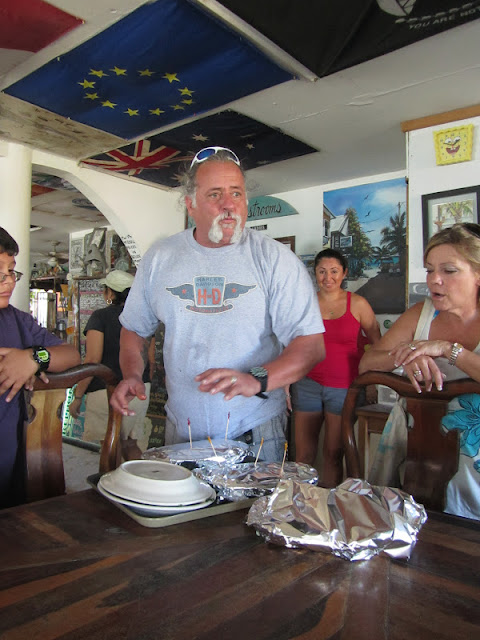 Have I already mentioned that I got a chance to judge???  Five of us got that lucky tap on the shoulder.

We waiting patiently at the judges table as Charles doled out our HEFTY portions. 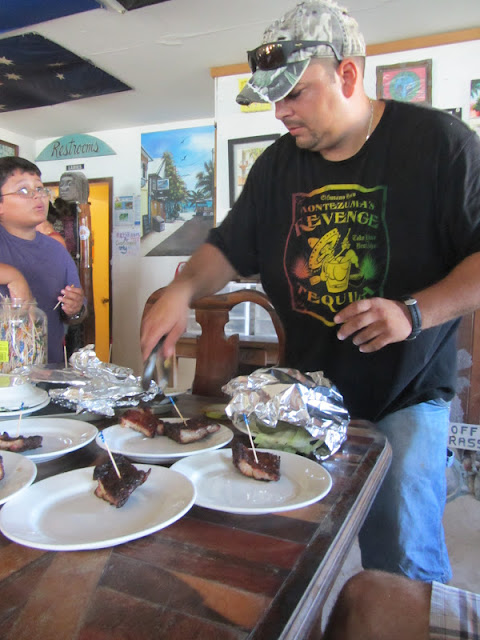 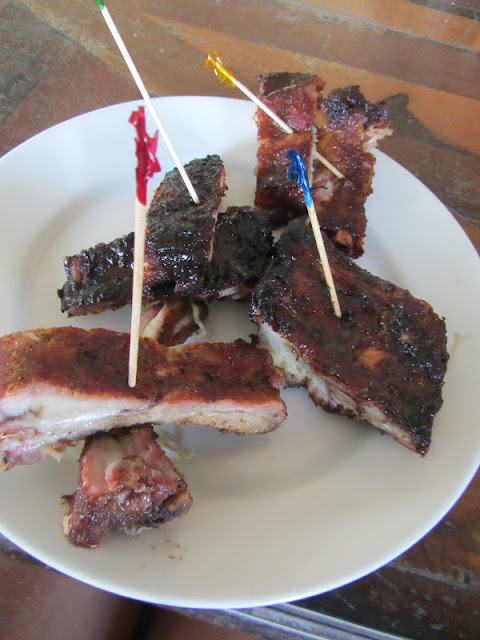 Some more lucky judges who were in the right place at the right time.  Rob on the right and his brother. 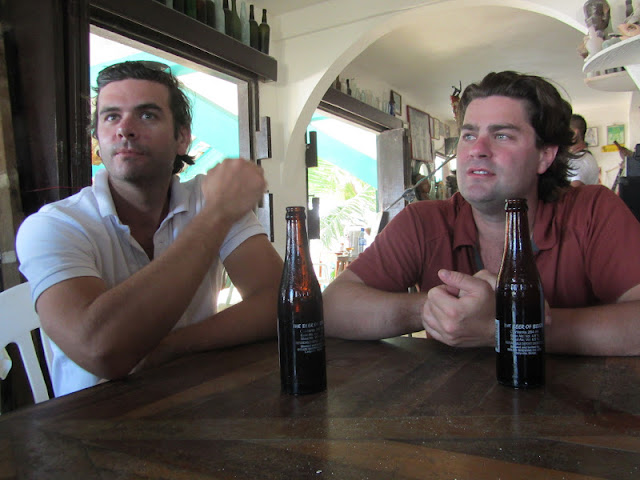 This judge took his job extremely seriously.  Making sure to savor each bite. 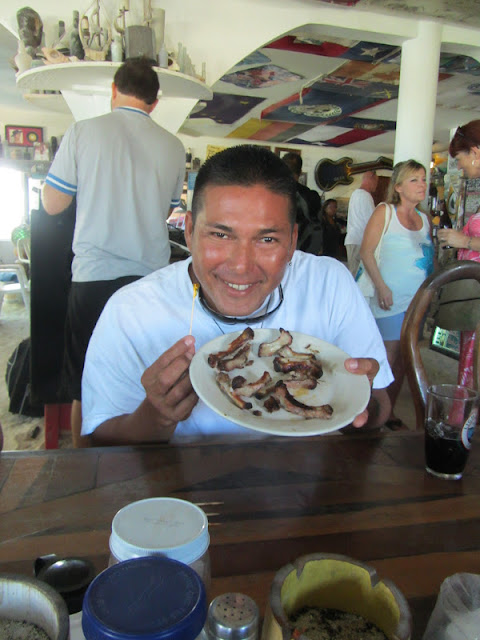 The decision was actually really tough.  All were delicious and the vote was in no way unanimous.  First and second place were declared! 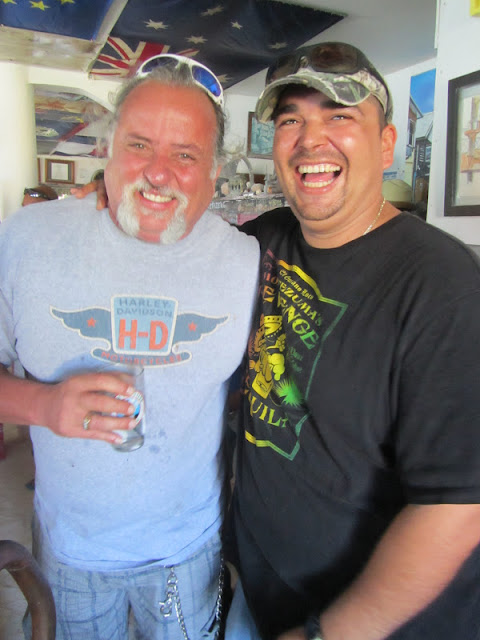 Look at those happy faces.  Kansas City Jim won first place and Charles was a very close second.  Congratulations!  What a super fun competition.  Particularly for me with my huge plate of ribs and for the dogs of San Pedro who enjoyed all of my scraps.  GOOD TIMES.  This MUST be repeated on an even bigger scale.  Often.

Who ever said that there is no such thing as a free lunch?  And I know what you are thinking…yes, it is very tough being me.

And I’ll keep saying it.  Make sure to become a Facebook fan of San Pedro Scoop to keep up on even more photos and information around town.

Estel’s Dine By the Sea

5 thoughts on “A Rib BBQ Cook-Off at Estel’s Dine By the Sea: First Annual?”