I got up way too early and headed into town.  Not to take pictures (though I always end up doing that) but for another reason.  But more on that in a few days.Heading into town checking my watch and wearing a jacket.  Thanks so much Doug who is staying at Mata Rocks for “donating” his golf cart to me. 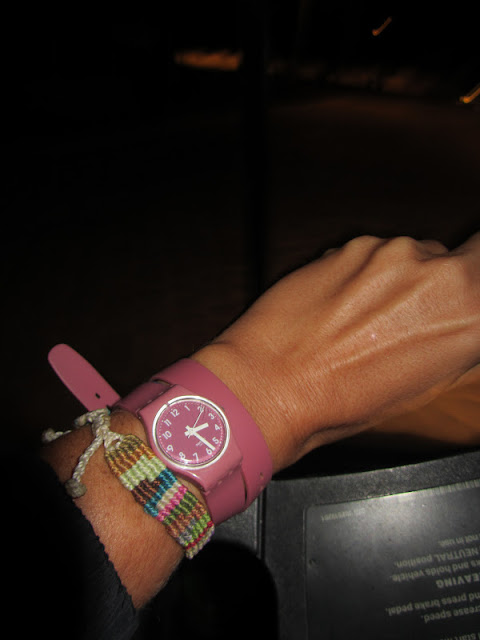 And you guys say that I never put pictures of myself… Here is my apparently very hairy arm.

I didn’t know bleach was produced on the island…anyone know where I saw this?  For some reason I thought a big chemical plant was required for making bleach.  I probably don’t want to know the details. 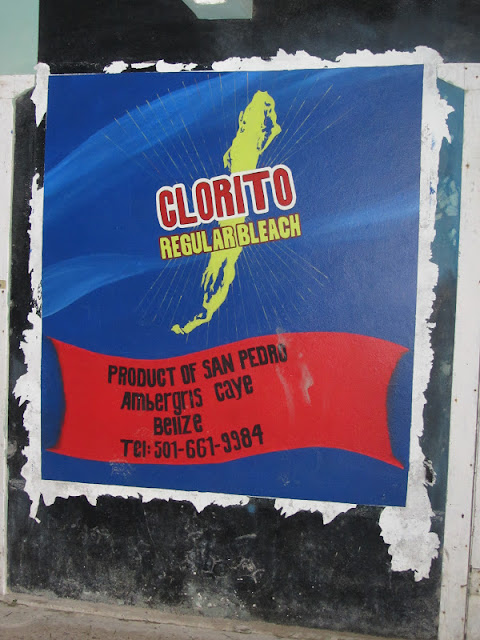 An interesting bar.  I’ve been once and I definitely don’t remember seeing a piano.  Maybe its removal is indicated by that red line. 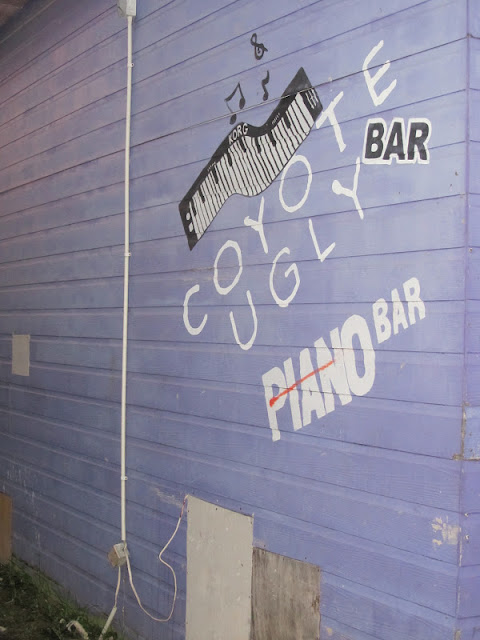 Still dark at that point.  But then the sun started to peek up when we turned into Boca Del Rio. 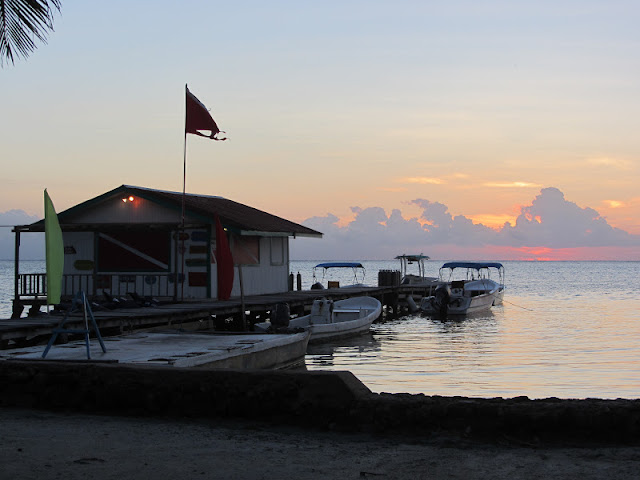 One of the very prettiest (if not THE prettiest) hotels in town.  Caye Casa.  Right on the beach in Boca Del Rio north of town.  Perhaps the best spot in town. 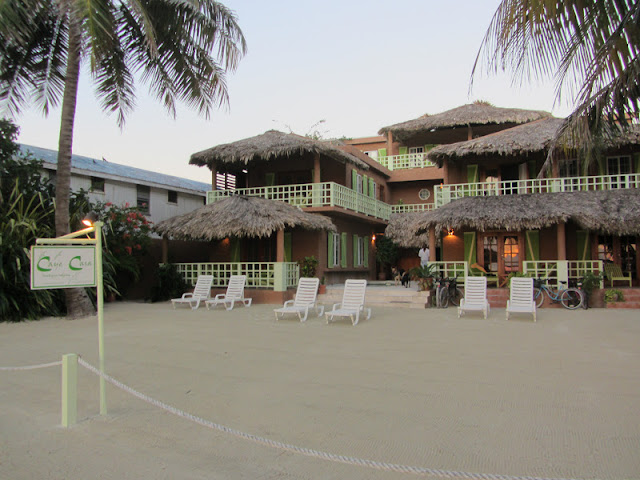 I will have to check out the inside one of these days.

Just across the street.  Let’s call this one Sunrise Over Baby Mangrove. 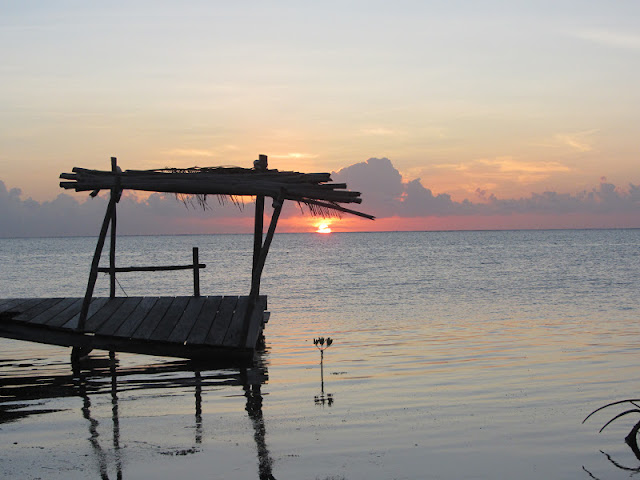 It is going to be another perfect day.  Low humidity, cool northerly breeze, cloudless sun.  I can get used to this. 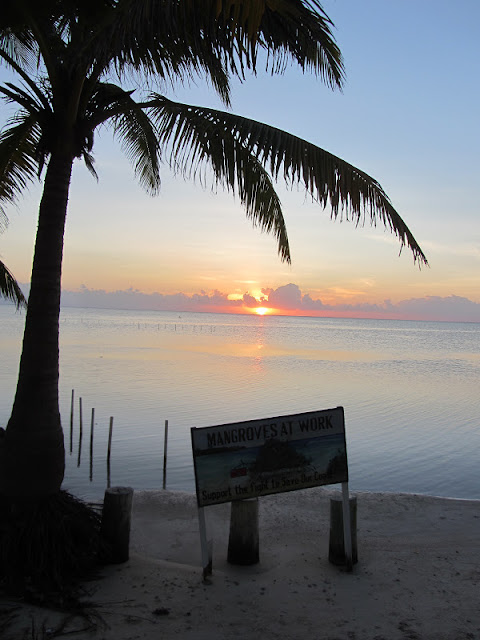 Back around to the air strip, a new bust that was unveiled yesterday.  Of Tropic founder John Grief II. 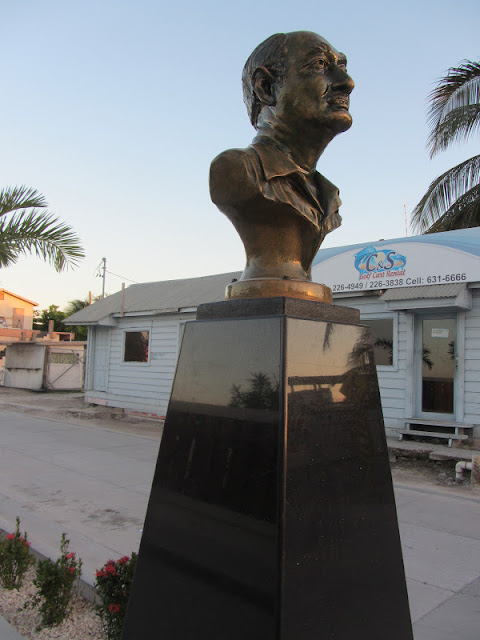 A quick stop for 2 for $1bzd pork tacos on my way home.  Delicious. 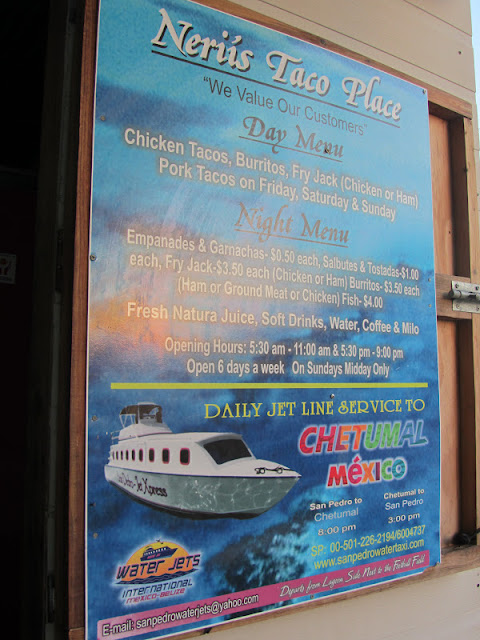 But all you Neri’s fanatics (they run this larger place in town) and a smaller shop in the DFC, I challenge you to try Antojito’s (located across the street from Marina’s).  I’m going to have to try both tacos numerous times but Antojito’s may move into first place for BEST BREAKFAST TACO in San Pedro.  I am beginning to think that fresh onion and cilantro make the taco.

And I make the “breakfast” distinction for a reason.  I just tried Average Joe’s lunch/dinner tacos with crispy shells that they are introducing today and they are DELICIOUS.  Like Taco Bell good.

Sigh…so much to eat, so few elasticized shorts.

And one more thing.  If you haven’t seen the relatively new Belikin commerical, you are missing something very cool.  I’ve never seen anything that captures the feeling of Belize like it.  I’ve watched it approximately 1000 times.