Sundays in San Pedro, Belize generally mean BBQ.  Even if the day starts out like this…

In backyards with family, along the streets in town for fundraisers or at beach bars, Sunday is the day to get together for fun, food and music.

One very popular Sunday get-together takes place at Crazy Canuck’s, a small beach bar just south of town. Very easy to find…everyone knows it.  I even named them the Best Bar In San Pedro 2011. 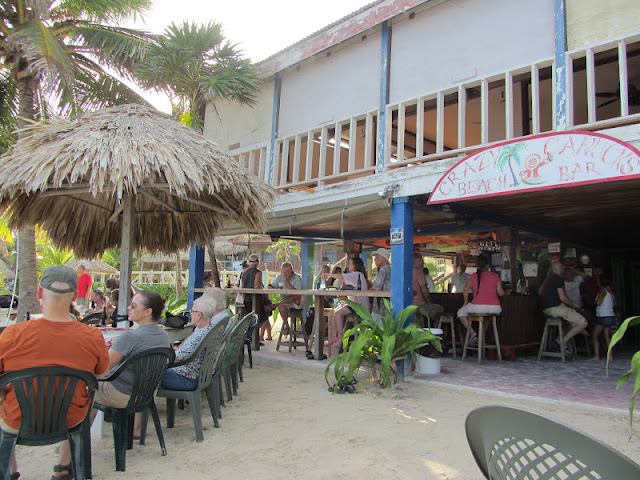 And starting at 3pm, you’ll hear the music from Gino and the Shackshakers.  That will make it even easier to find. 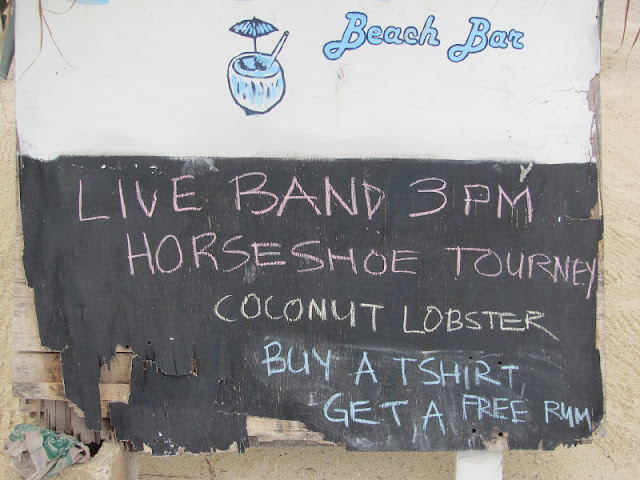 Gino, the lead singer is back in town… 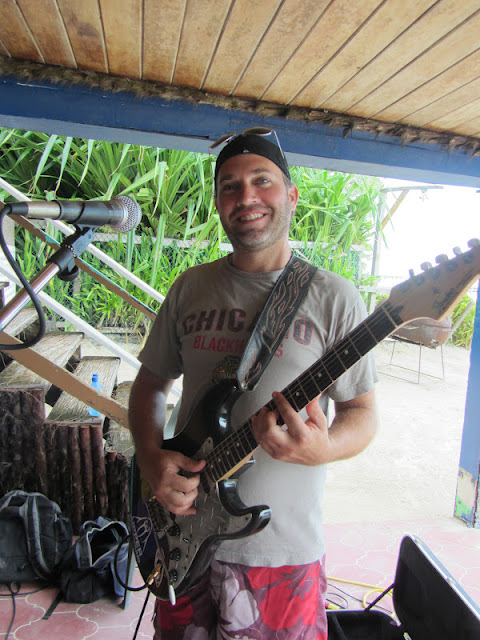 And the Shackshakers.   Here is Drummer Dan.  Looking quite regal, Dan. 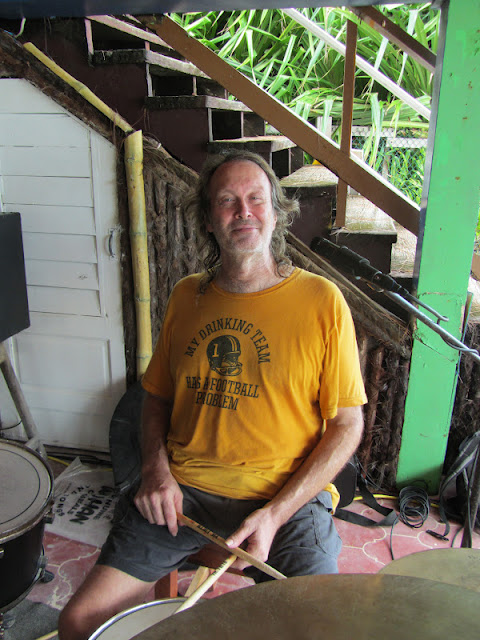 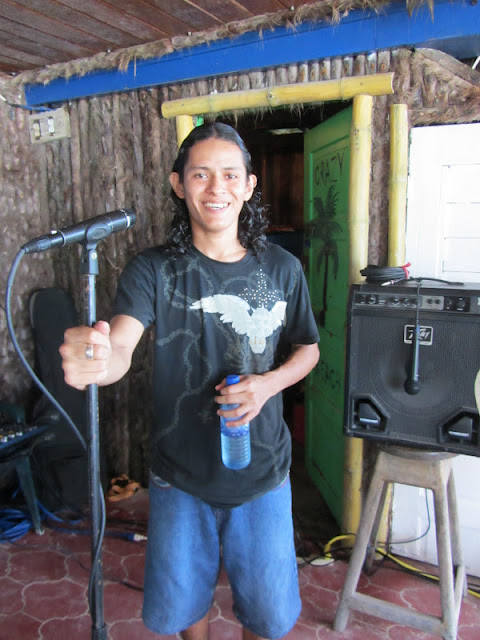 And Ron on guitar. 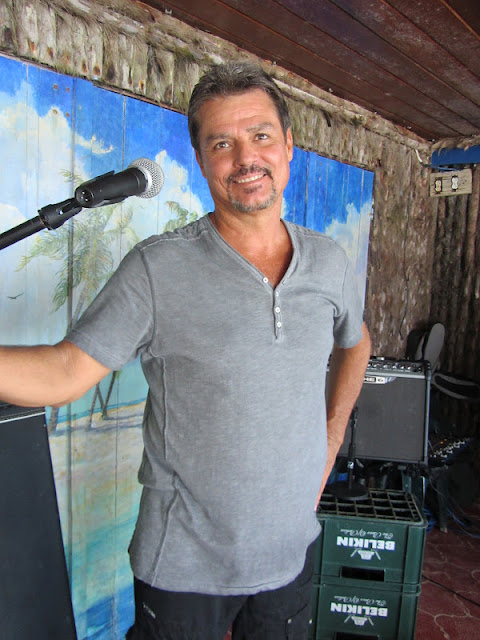 They are all quite talented musicians and play a good mix.  You don’t like the Eagles?  The next song is probably going to be Bob Marley…or maybe Green Day.

The sun did come out but the water was still flat like a pancake.  Almost no breeze at all… 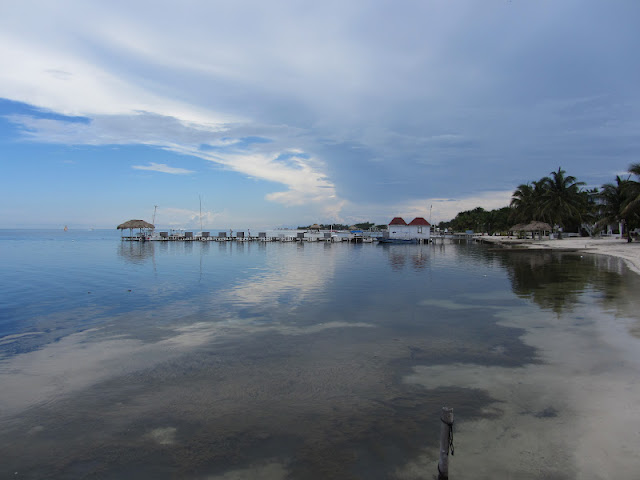 And rain held off for most of the day. 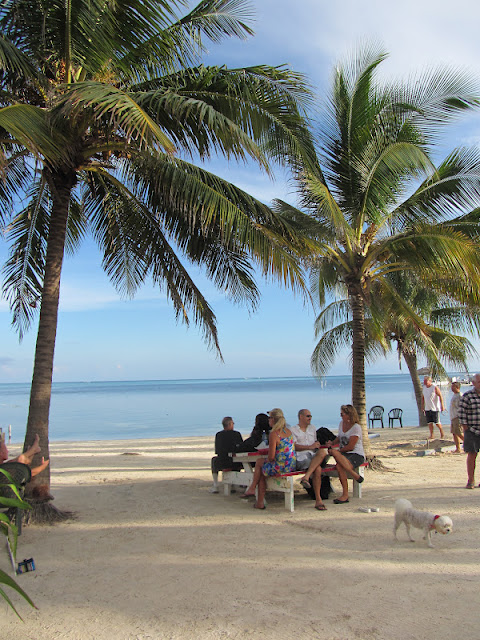 Canuck’s doesn’t actually do traditional Belizean BBQ (if you are dying for it, pick some up on the way over…they won’t mind), but they do have some pretty tasty food. 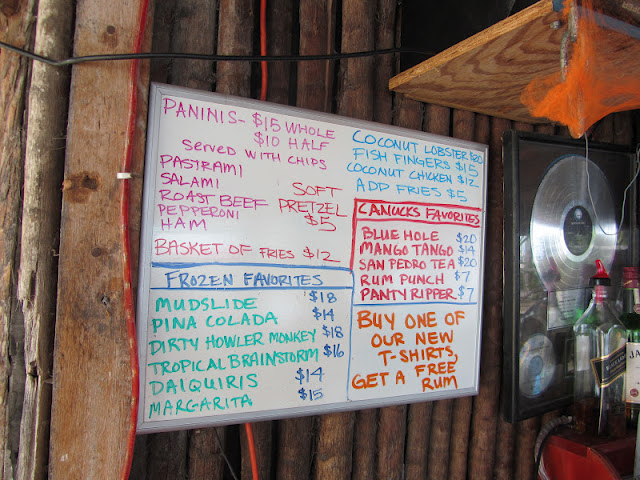 I tried the coconut lobster… 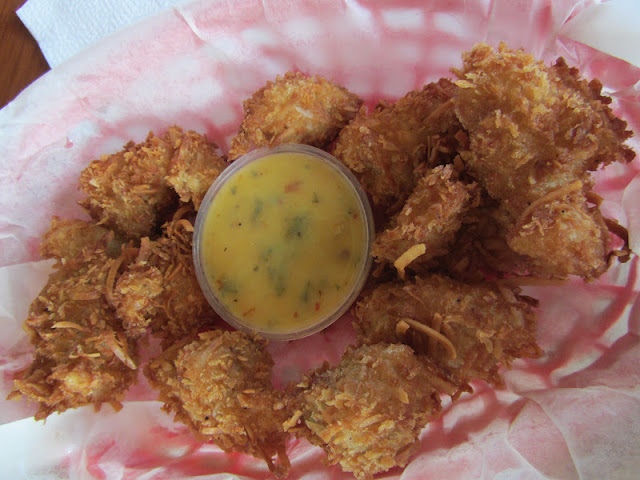 And the hot pretzels looked and smelled just delicious. 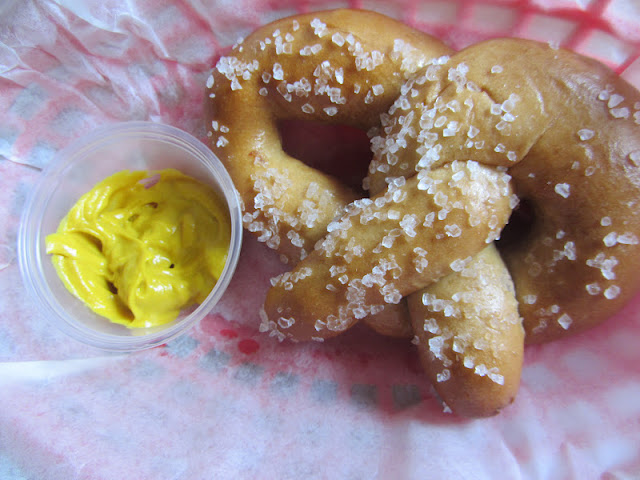 We tried a round of Chocolate Cake shots for LouAnn’s birthday.  I like the wonky shot glass from some place called “The Tipsy Moose”. 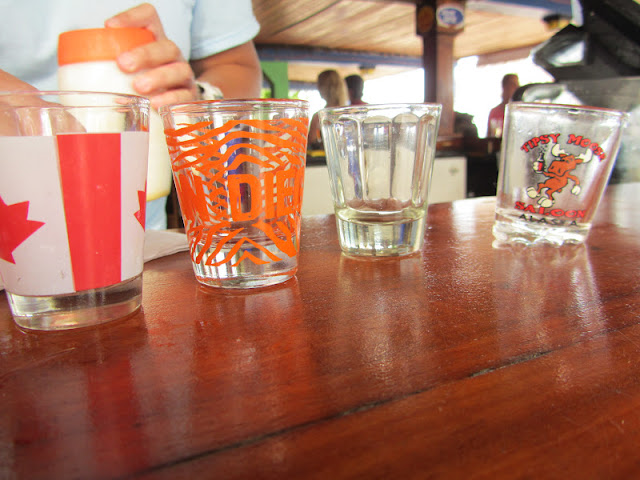 A very drinkable shooter that tastes just like chocolate cake.  Seriously.  It’s a blend of vanilla vodka and Frangelico hazelnut liquor.  The key is having a lemon or lime dipped in sugar immediately after. 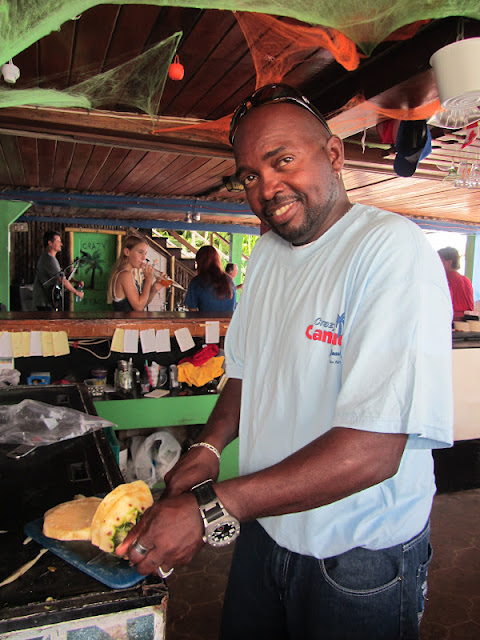 And their new t-shirts.  These things were selling like hotcakes all afternoon.  (Can you spot the guys above?  Pretty good drawings.  Though Ali looks a bit tired…) 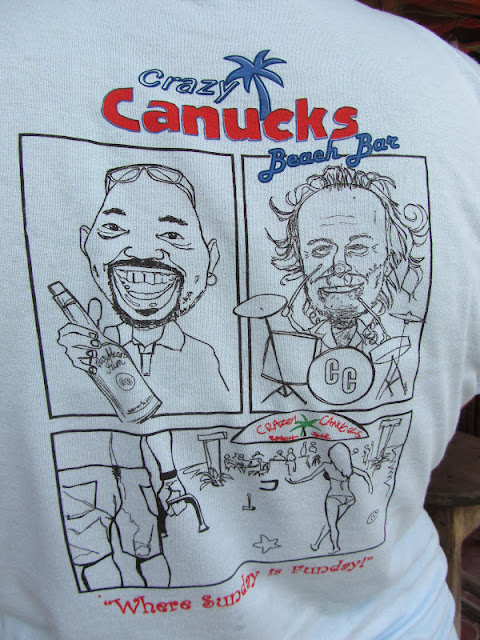 Oh yes!  And though it’s not my things, the horseshoe tournament goes on all afternoon… 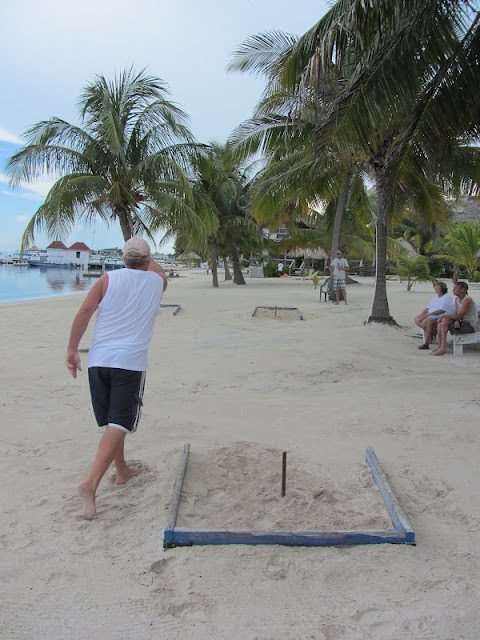 There was even a pelican out on the dock chilling out and enjoying the music. 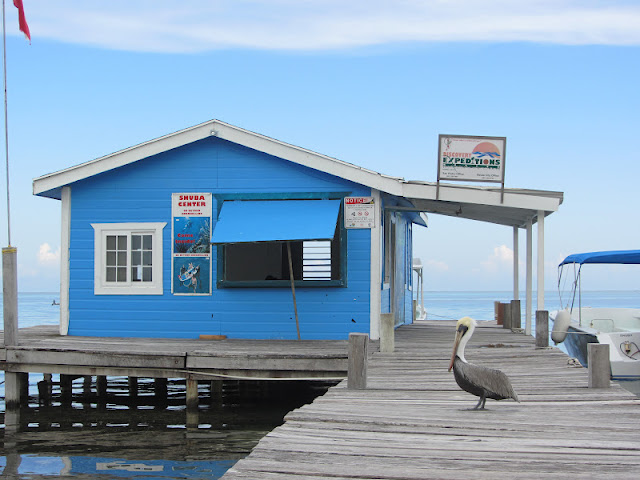 This Funday Sunday takes place every week.  The crowd starts arriving at about 2pm and when I left last night at about 5:30pm, the place was rocking.  The owners, Krista and Rob, work hard to make sure that you have an awesome time.

I did.  Put it on your calendar!