Last night’s event at the high school was the third for boxing in San Pedro in the last year or so.  I attended the second, Belize vs. Mexico and had the best time.  (And I don’t even like boxing.)  Last night’s event, Belize vs. Guatemala was just as much fun and even more crowded.  Every single seat in the auditorium was filled and there were 50 or more guys standing on golf carts and taxis outside the walls.  People of all ages…locals, tourists…men and women…super fun.  To me, an event not to be missed and $20bzd well spent.

I arrived late.  Woefully late.  (I’ll explain why later.)  5 of the 7 fights were already over and Belize had lost just one.

I ran into my Lebanese son and favorite guy, Mahmoud and he was giddy.  His cousin, Mohamed Harmouch was the fighter for Belize in the main event.  He ushered me to one of the high school class rooms where the boxers were warming up so I could take some pictures.  (Guess which one is Mahmoud and which one is the boxer.) 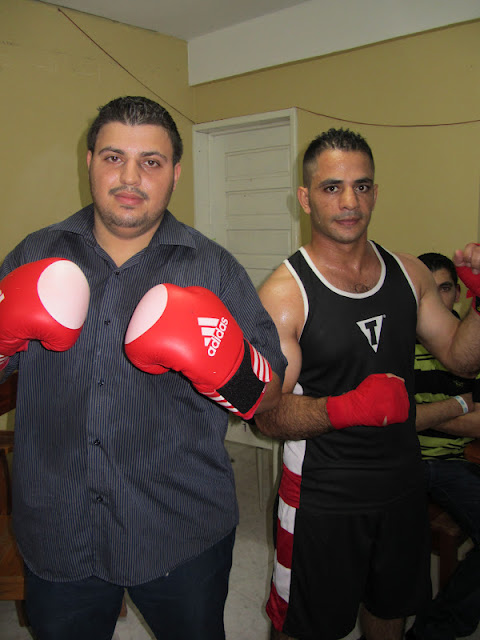 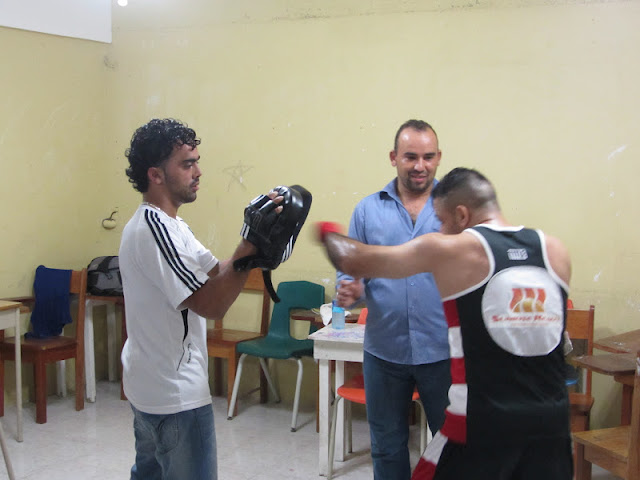 I met one of the boxers from a previous match.  A boxer and tumbler from Belize City.  He showed me his skills by doing a full back flip. 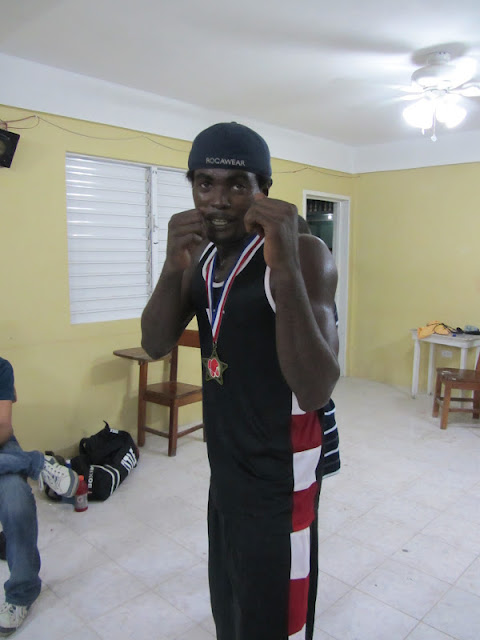 Back out to the main floor…there is a match going on! 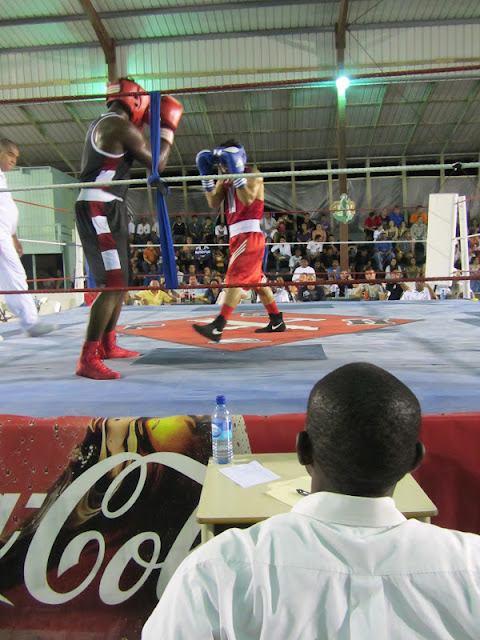 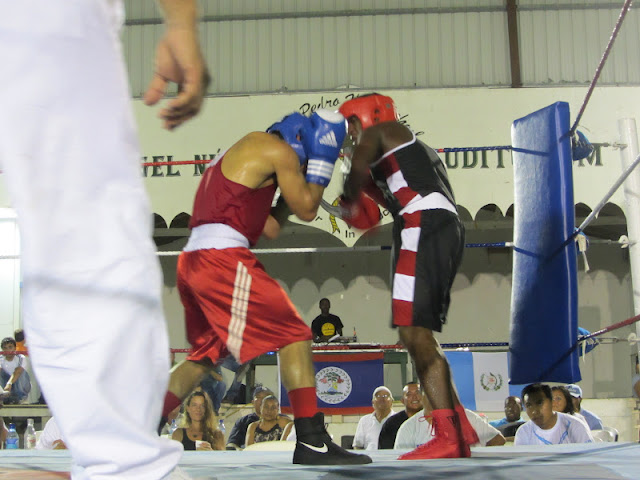 The Guatemalan fighter in his corner. 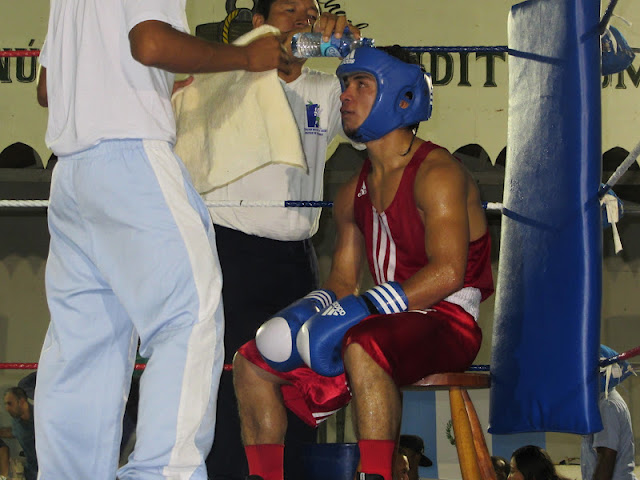 Four EXHAUSTING rounds and the fight went to BELIZE!

The crowd was ready for the last match up.  Harmouch, our last boxer, has a huge family in San Pedro.  Lots were there to support him with clapping, singing and dancing.  The crowd really went nuts when he came out in his royal blue robe. 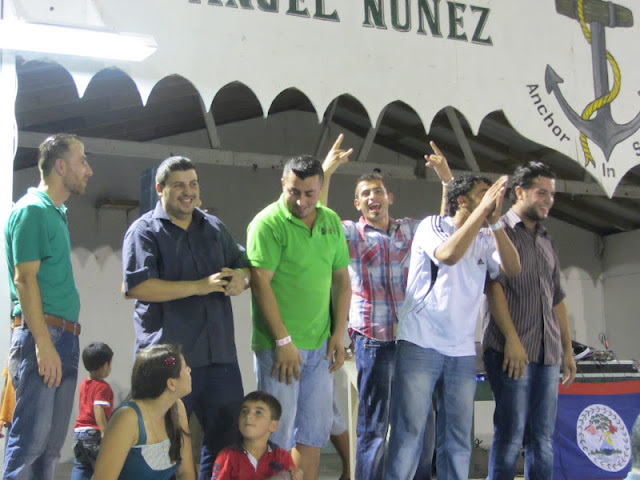 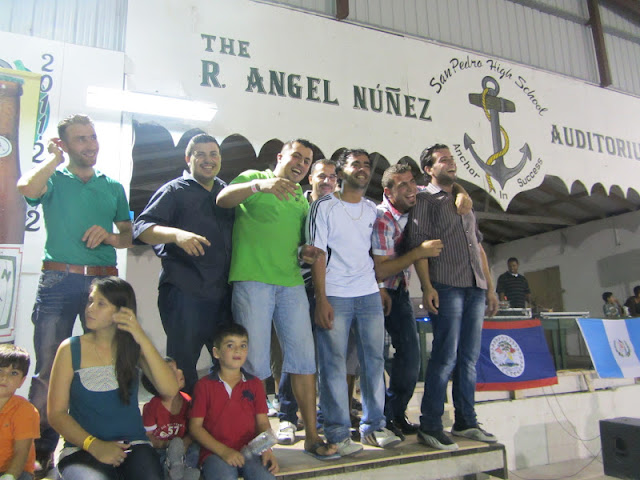 Even the Harmouch dog Sniper was there.  For such a tough name, he is a giant teddy bear. 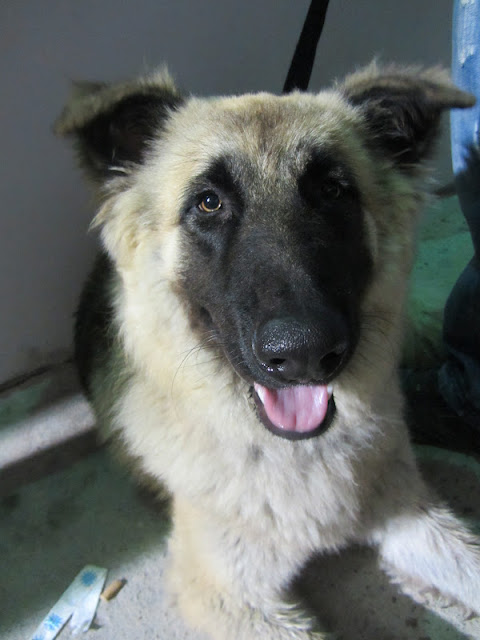 “Let’s Get Ready To Ruuummmmbbbblllle”…announcer Eiden was hard at work.  Thanks Eiden, SanPedroScoop always loves a shout out. 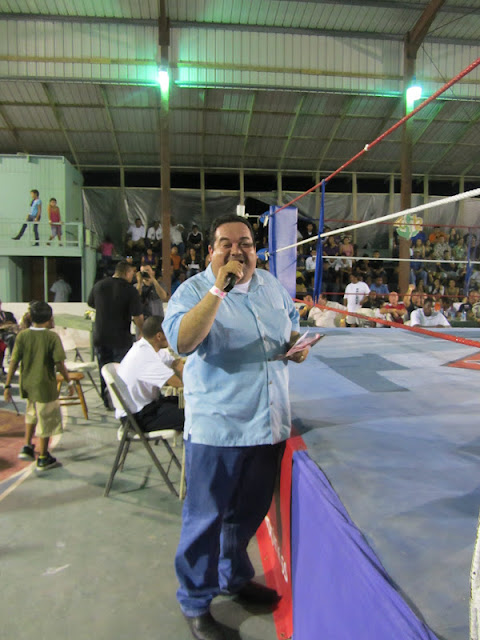 Here are the score card girls.  It can’t be easy walking around a crowded auditorium in a bathing suit bottom. 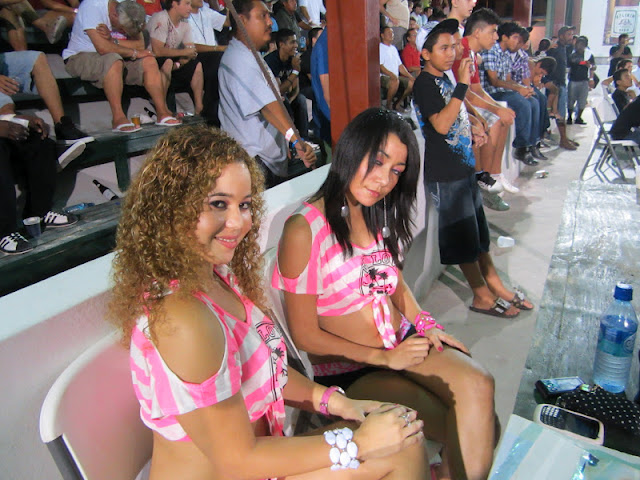 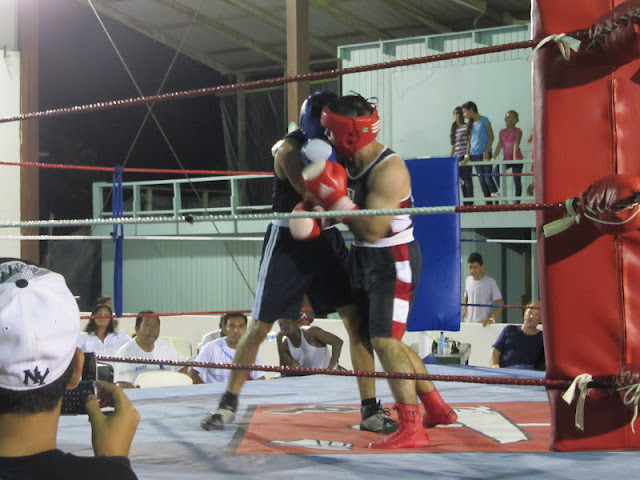 Our hometown guy did not win.  The Guatemalan boxers overall were good; the fighters were more evenly matched than in the event vs. Mexico.  But this last Guatemalan was QUICK and won by unanimous decision.  Both guys were exhausted by the end.  They exchanged a very sportsmanlike hug. 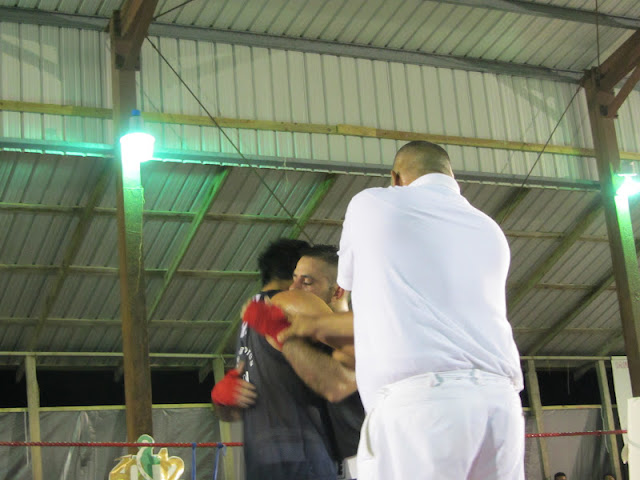 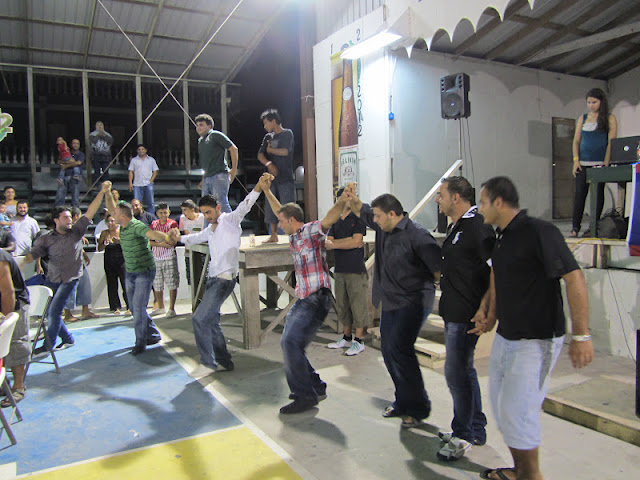 I didn’t get a good picture but Minister Manuel Heredia even joined in for a few seconds.  Why can I never get my video working?  Sigh… 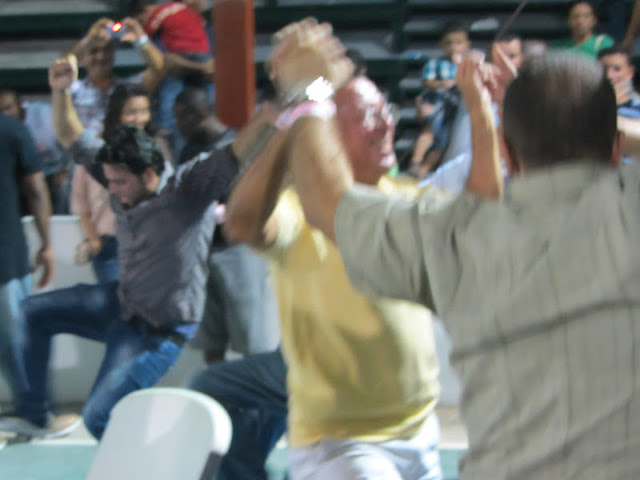 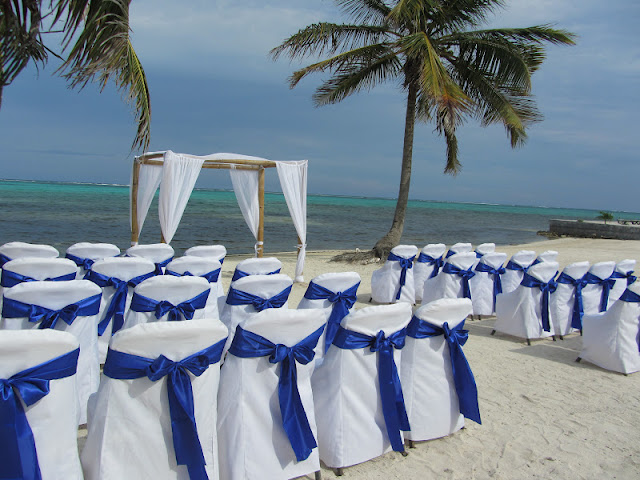 You think that bows this perfect tie themselves? 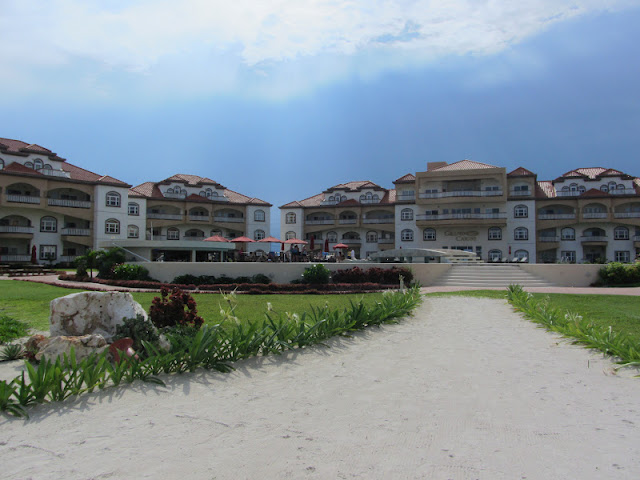 What was I posting about one year ago today?  One of my favorite businesses, La Divina Providencia

1 thought on “Belize Vs. Guatemala Boxing: I Can’t Believe I Almost Missed It!”