Home » Belize Travel Blog » Around AC » Are You Smarter than a 5th Grader? The 2012 Bowen & Bowen National Spelling Bee

Am I smarter than a 5th grader?  Hmmm…I wasn’t sure when I left the 2012 Coca-Cola Local Spelling Bee.  I had never even heard of some of these words.  For example, gilgai.  Origin: a native Australian language.  Meaning:  a natural watering hole.  Gilgai. GILGAI?   But let’s back up a bit.Two winners from each primary school lined up nervously on the stage at the Lion’s Den in San Pedro at 9am, Tuesday morning. 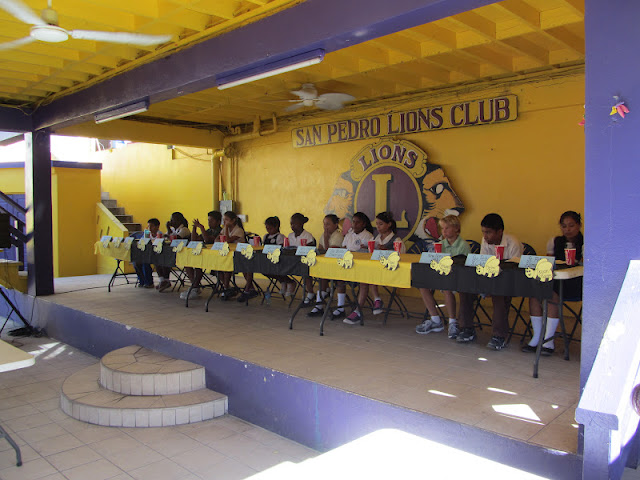 The judges readied themselves with the extensive rules and the word lists. 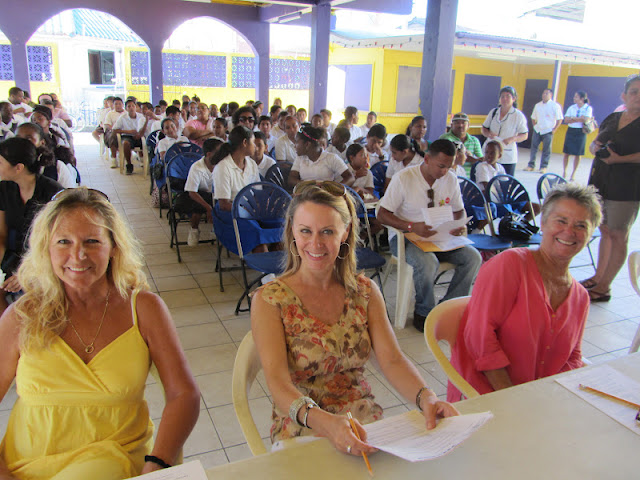 The time keeper had her rules, her score sheet, her timer and her bell.  When the word was given, each child repeated the word to make sure she understood and had 15 seconds to try to spell it.  You can try as many times as you can before the bell rings. 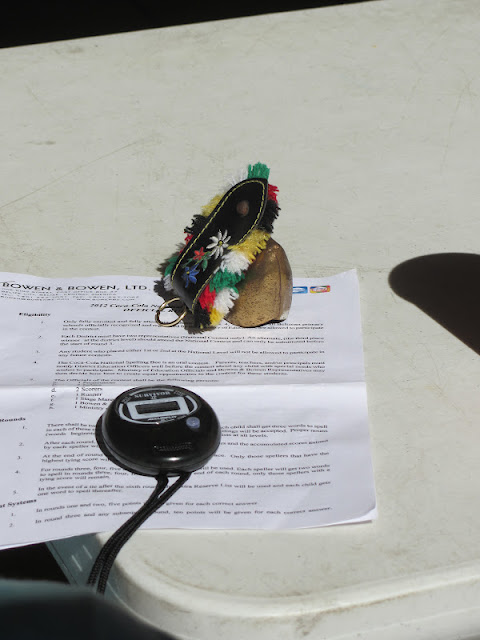 Lucian, a representative from Bowen & Bowen gave a brief introduction and a great pep talk to the kids.  Don’t be nervous, you are all winners!  (Some kids looked a bit nauseous to be up on stage.) 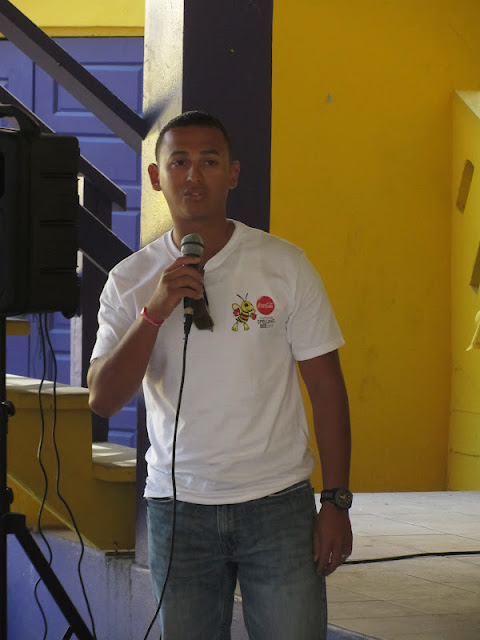 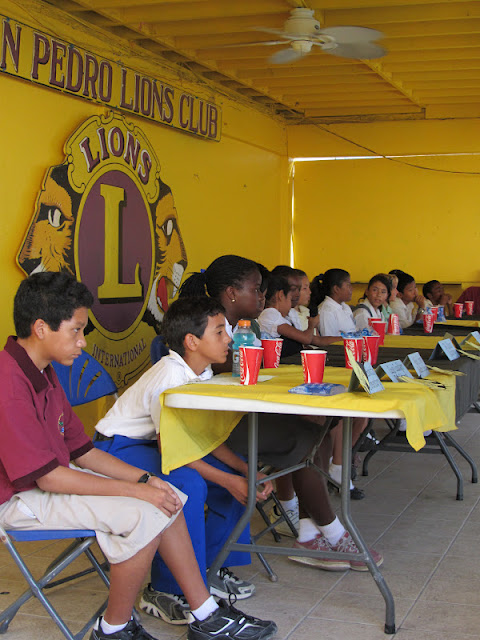 And all the kids came to root on their classmates.  The place was packed with surprisingly well behaved children. 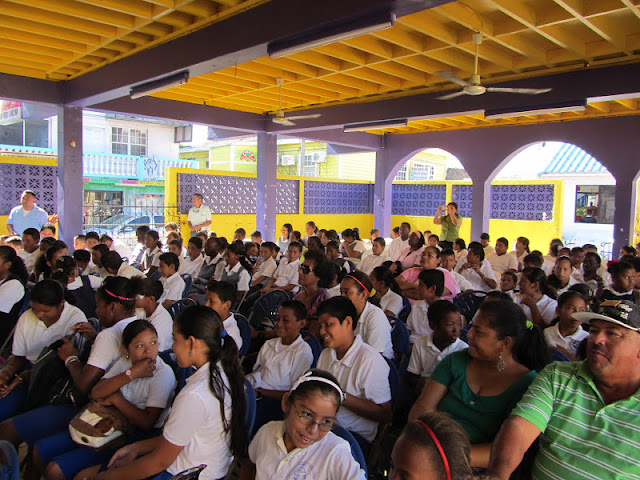 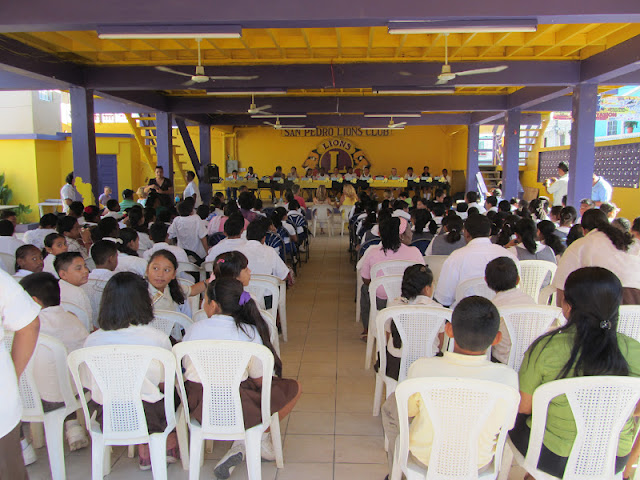 Caye Caulker RC School definitely won some SanPedroScoop awards:  most enthusiastic and the award for travelling the farthest for the bee.  Here they are in the white polo shirts and the blue skirts and shorts. 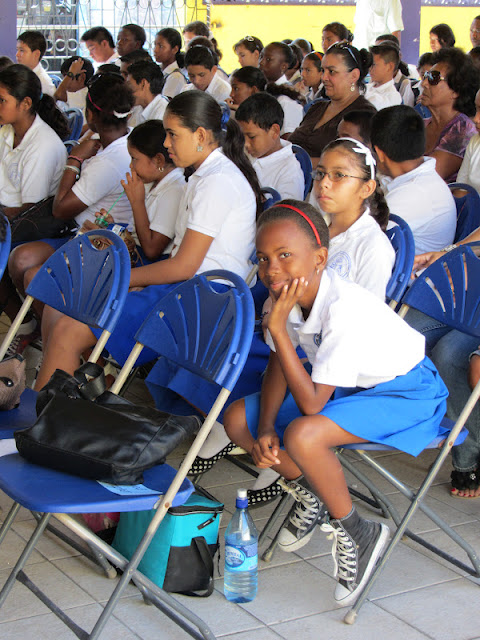 These ladies from Island Academy handed each speller a random number. 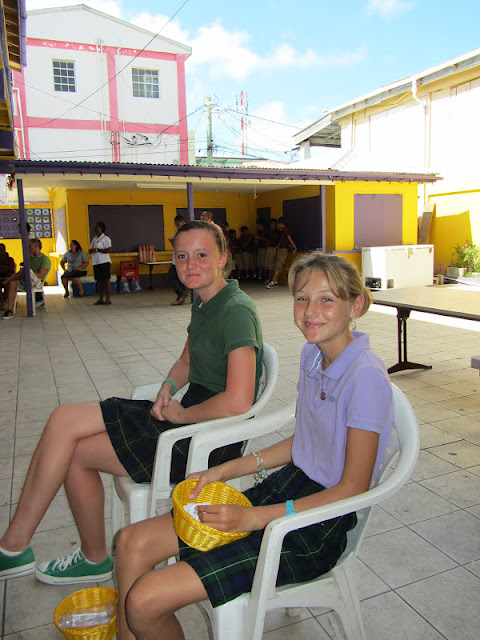 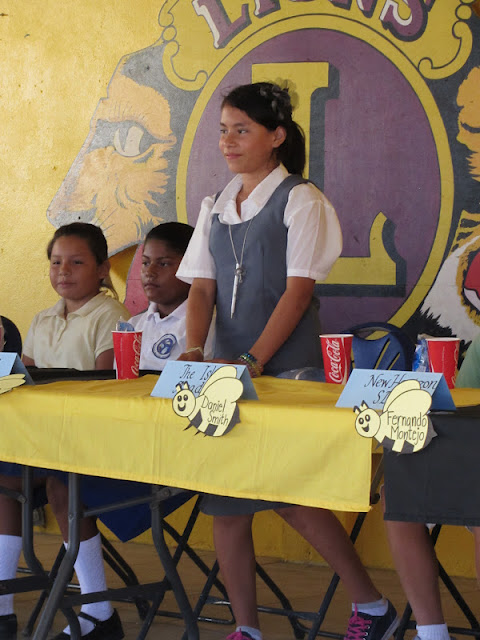 Each speller got three words in each of the first two rounds.  They were the quick-fire rounds.  No definitions, no origins…these words were from a set of 300 that each student had been studying.  They had words like aristocrat, legume, peripheral, bassinet, Wisconsin and some words with more of a local flair like reggaeton and chupacabra (which as you all know is a creature that is thought to suck the blood of goats and other livestock…it’s kinda the Big Foot of Latin America). 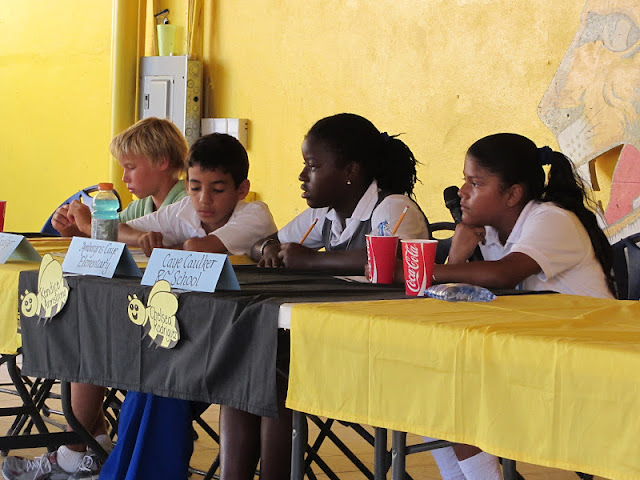 And then the words GOT HARD.  I mean really difficult.  Gilgai, boracic, beguine…oh my.

And a winner was declared.  Blayd won the event and Daniel came in second.  Miss Kendice from Holy Cross is the alternate for the District Bee. 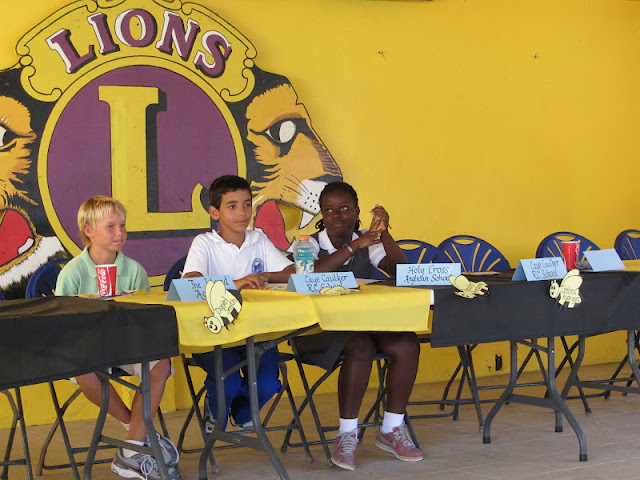 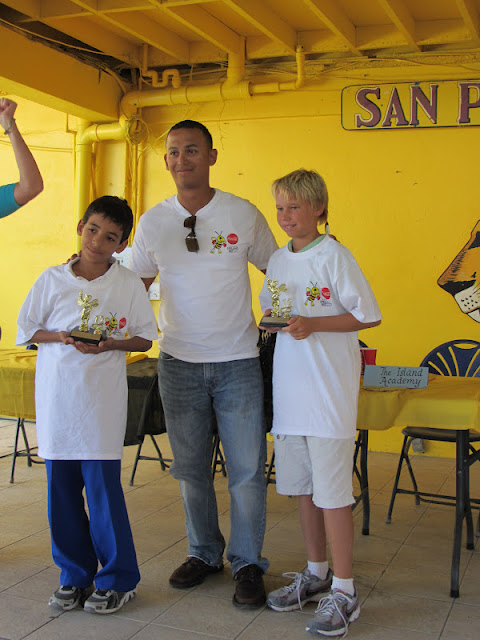 The winner!  Blayd (the pride of Caye Caulker RC School) and his trophy. 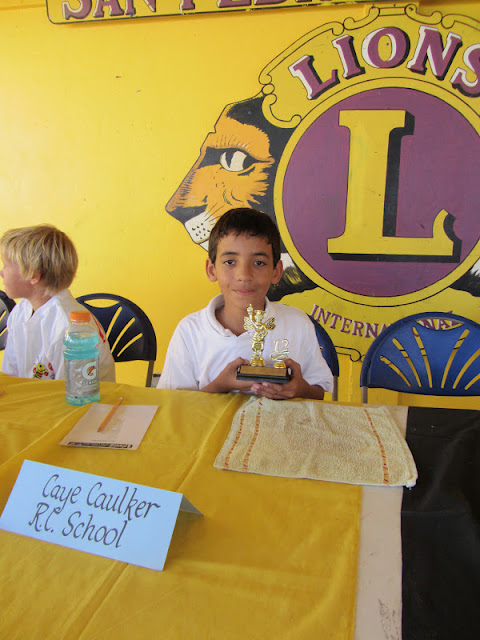 I loved this event.

I am a huge spelling nerd, Scrabble geek…I love this sort of thing.  Spelling is way cool.  There are movements in the US, in particular, and maybe in other places that are getting away from spelling.  Why learn to spell when we have spell check on all of our correspondence?  Just my five cents:  spelling is critical to reading, to language, to writing, to your choice of words in every day life.  Are you really going to rely on spell check when writing your resume?  Many do…and I have seen so many errors on these documents.  It can easily be the difference between getting a job and not.

Anyway…these kids did us all proud.  Wish both Daniel and Blayd luck at the District Bee and hopefully at the National level.  And thank you Bowen & Bowen for sponsoring this very cool event. 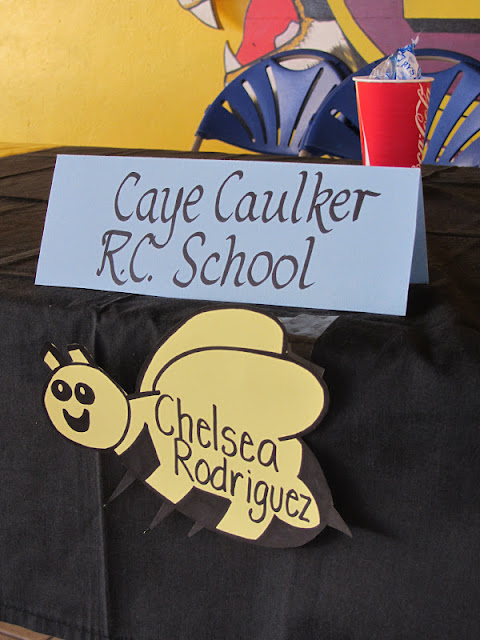 5 thoughts on “Are You Smarter than a 5th Grader? The 2012 Bowen & Bowen National Spelling Bee”