Home » Belize Travel Blog » Island Fun » An Evening at Average Joe’s, A Morning Of Fitness at The Snack Shack

Average Joe’s Bar (AJ’s to some) is relatively new in town…but has become a very popular favorite quickly.  Tucked on a corner next to the gas station just south of town, they serve all the bar foods that you want to eat after a few beers…and some that you never thought of.

Beef hot dogs are relatively rare on the island.  Most need to be imported.  Belize is the land of the chicken or turkey dog (blech).  Average Joe’s makes one tasty beef hot dog.  I like mine with tons of yellow mustard and nothing else.  But you can have cheese, bacon, chili, sauerkraut, onions, ketchup…the list goes on… 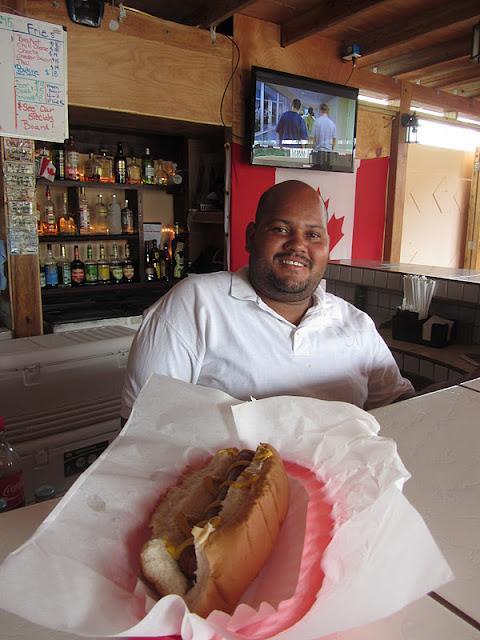 And then something new.  In New Jersey, we call these Gravy Fries…but there is a fancy French Canadian name.  Poutine.  For those not on a diet, get a load of these… 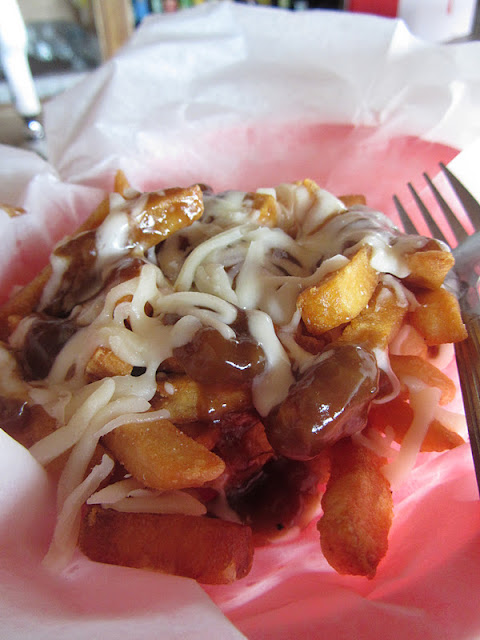 Did you know that in Quebec McDonalds, Burger King and KFC all list Poutine on their menus?

Wednesday nights they have Valentino playing solo.  And he was really good.  From Bob Marley to Oasis to Guns N Roses…he really mixed it up. 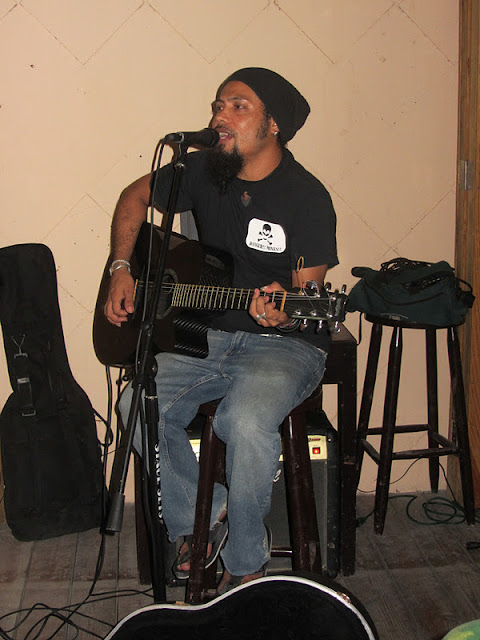 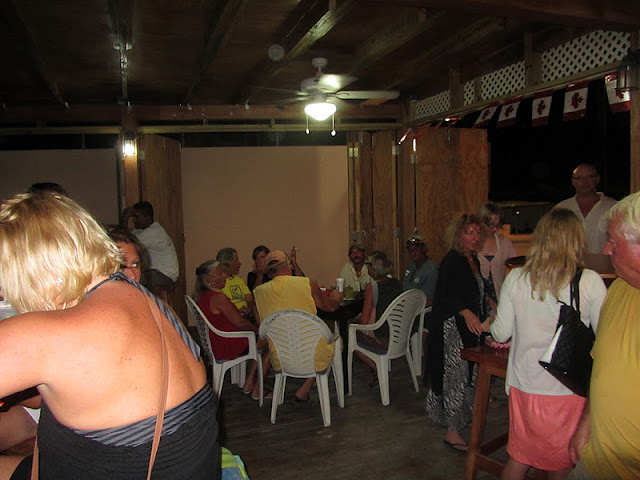 And people were eating TONS of wings.  They were coming out of the kitchen fast and furious.  Word on the island is that the Salt & Pepper dry rub flavor are the best in San Pedro.  You have lots of flavor options. 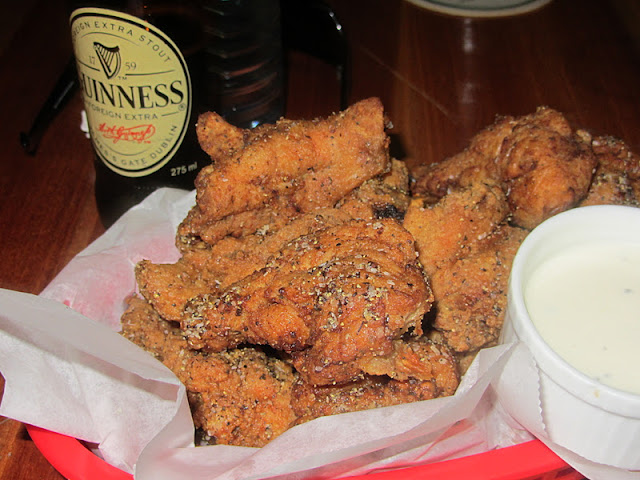 Average Joe’s is hosting a Super Bowl party this Sunday (they do have some very nice TVs).  Fries, 75 cent wings and hot dogs?  Might be a very good time.

Enough fried food!  Let’s call it an early evening and get up for morning Water Aerobics at the Fitness Club. 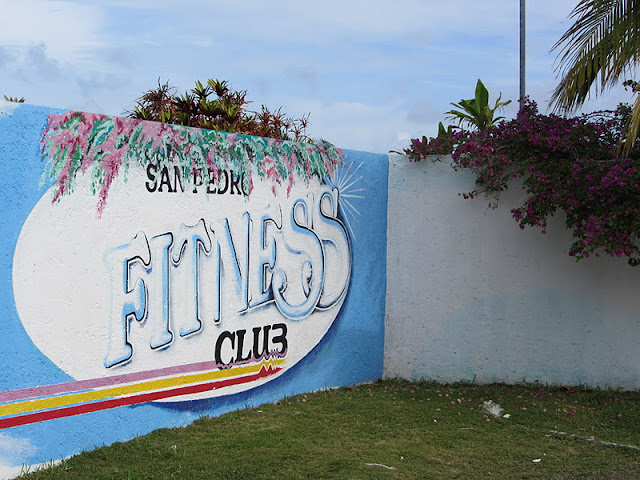 The club is right around the corner from AJ’s Bar. It has a MASSIVE pool, tennis courts (pretty rare in these parts), a fitness club and hosts some pretty fun/low-key water aerobics on Tuesdays, Thursday, Friday and Saturdays at 10am.  You can honestly be at almost any fitness level and get a good workout for only $10bzd. 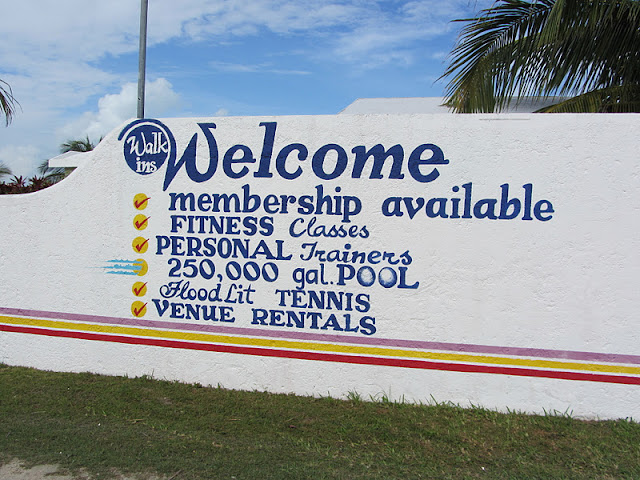 Eileen is the super nutty instructor.  She is very fun and one of the nicest people on the island. 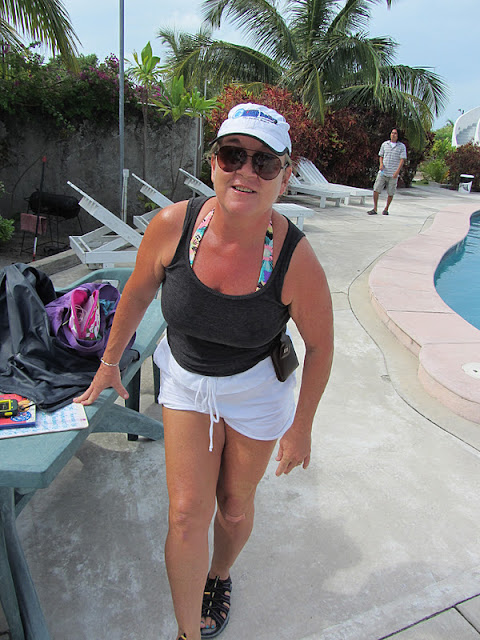 Until she flashes you.  But in all seriousness…Eileen started out as a member of the class and over the past year lost about 30lbs.  She looks awesome and when the instructor moved to Mexico, she took over. 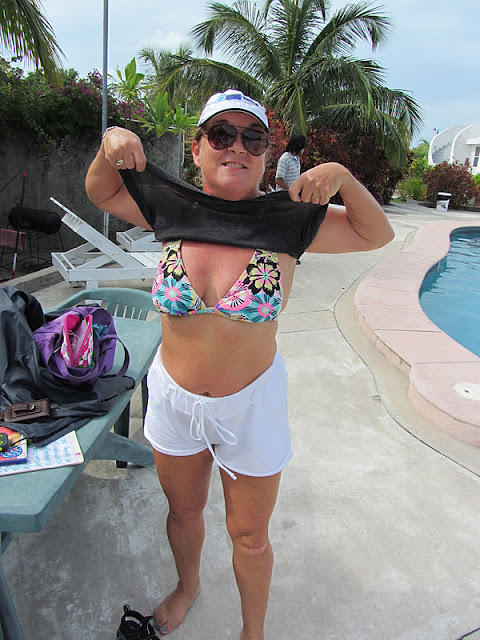 Ok…I can’t tell a lie.  While all the ladies got in the pool with their water weights and noodles… 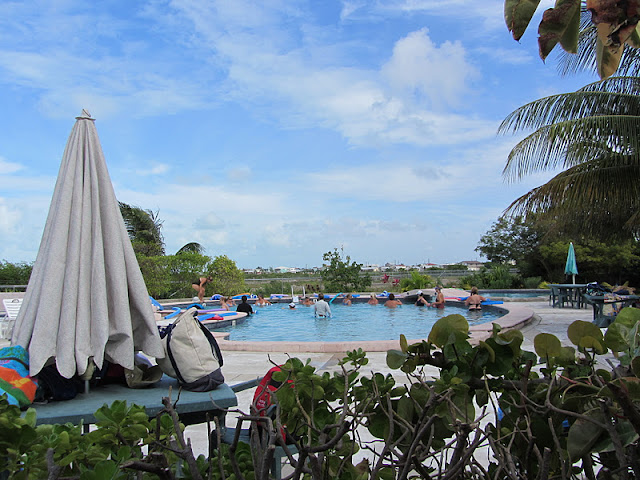 I headed over to the new Snack Shack just at the edge of the pool. 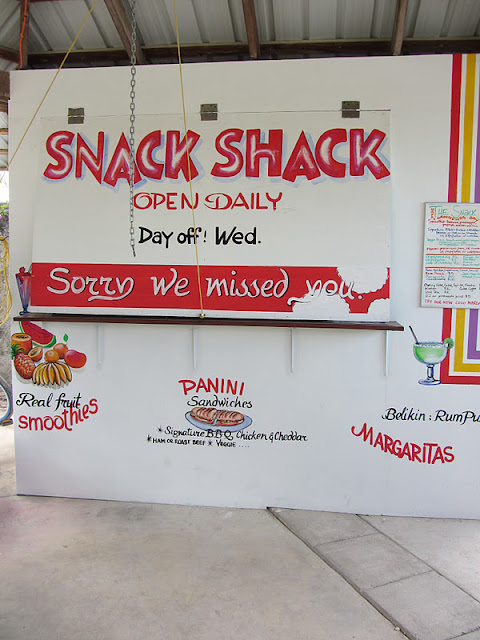 And met up with Krista, the co-owner with her husband…and Kevin, who helps out with a bit of the cooking. 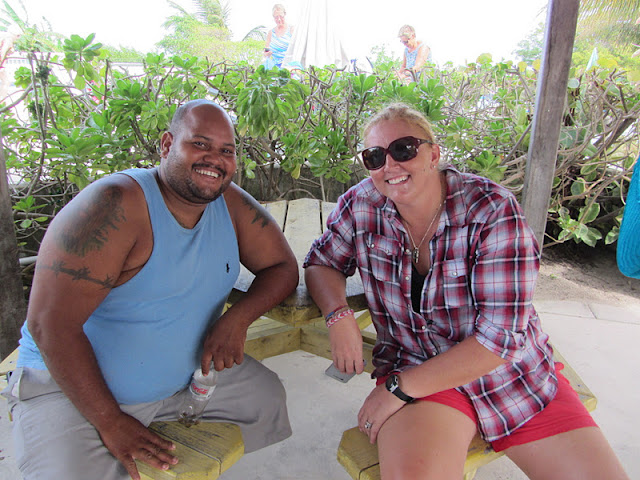 While people were working out in the pool, I chatted with friends and ate an amazing panini.  The BBQ Chicken with Cheddar, onions and pepperocinis (the last is critical to its deliciousness…vinegary and spicy.) 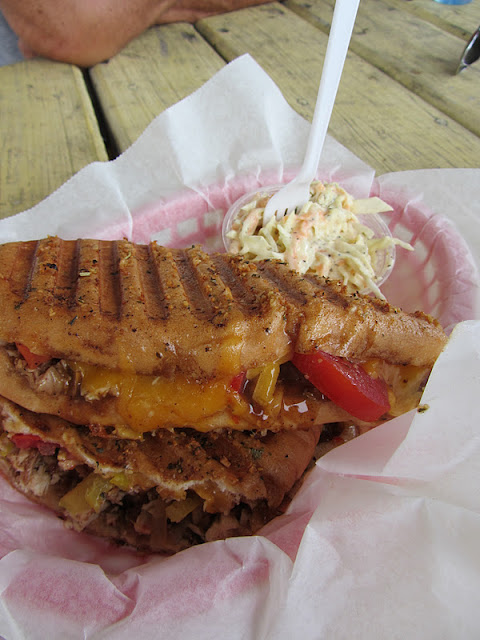 My friends had a breakfast panini with egg and cheese that looked pretty darn good. 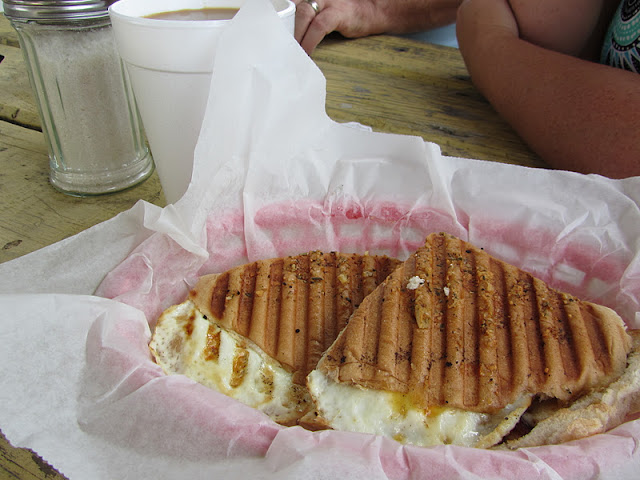 Keep up the good work ladies!  I’ll buy you a beer when you’re done! 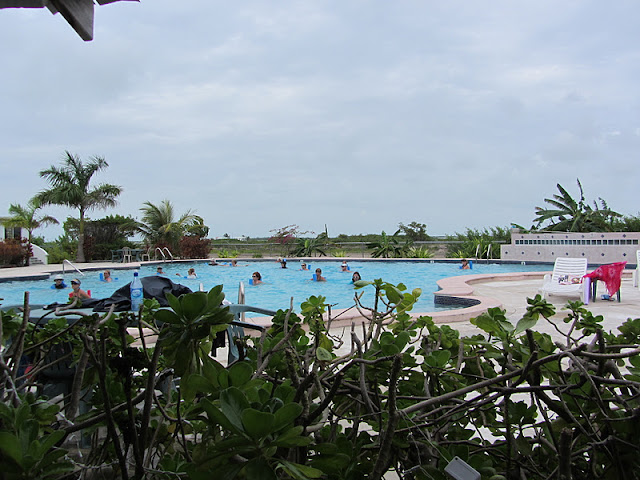 So…bottom line:  the Fitness Club has an amazing pool and now with a Snack Shack?  It’s a great place to lounge, swim, eat and drink the afternoon away.   I’ll even stop in again just for the paninis. 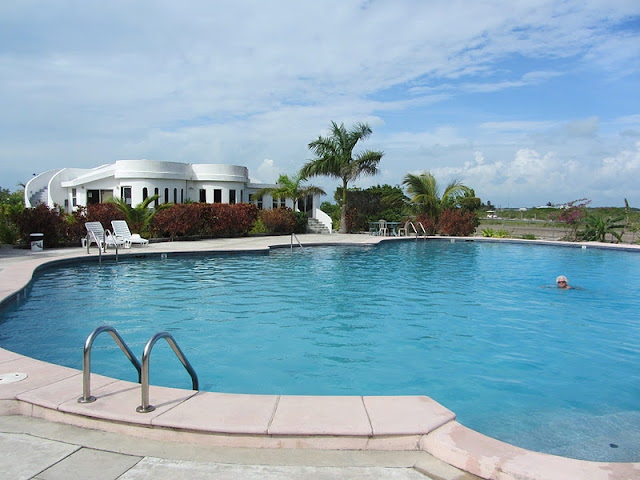 And for those of you asking when my diet starts?  Any day now…any day.

2 thoughts on “An Evening at Average Joe’s, A Morning Of Fitness at The Snack Shack”