It is hard to feel super Christmasy with this grey drizzly weather that has been hanging over us for days.  So earlier this week, I went in search of some basic decorations for my super awesome silver tinsel tree.

I quickly found there were a few basic flaws in my plan.  December 7th is WAY too late to start this process in San Pedro.  #1 the 2011 Lighted Boat Parade basically cleaned out the lighting options from the stores and #2:  Since Thanksgiving is not really a big holiday in Belize, decorating starts EARLY.  In fact, some places like Mirabs in Belize City and Belize Bank started their decorating as early as Halloween.  Things were very picked over.

I’d better look anyway.  When you buy $3bzd light strings each year, they don’t last more than one season.  And the cats had destroyed all my 2010 ornaments so off to town.  (There was a chocolate eating/vomiting incident that no one wants to hear about.)

On my walk, I saw the Island Academy kids practising for their yearly Holiday pageant. 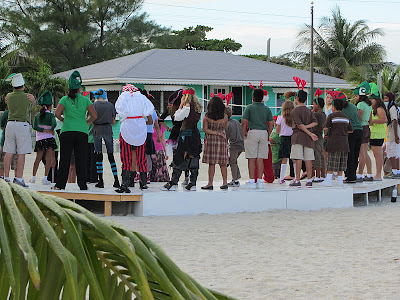 When I first bought my tree a few years ago, all the models on display at the bigger stores were green (or greenish with a nice dust coating) but I found a silver one that I love.  Very retro and very fake looking. You are in the tropic, everyone knows it’s not real so…why not just go all out? Embrace the fakeness!  I found mine at a Chinese store on middle street that sells everything from lingerie to knock-off sneakers and kitchenware to Chinese cat sculptures that wave at you as you walk by (if you live in SP, you know the store).  My tree was in the front window (the floor model) and costs $40bzd.  It had probably been in that window for 5 years.

Look at what you can buy these days!  Pink, gold, white, oh my!  I would love to create a tinsel forest of all the different colors and sizes but I don’t have that kind of room.

And even better colors…look at these mini-trees.

I first hit Wings.  The “department store” in San Pedro with our only escalator.  It is getting better (contains a bigger and better selection) but it still seems like most of the things are rejects for a US Dollar Store and everything is made in China.  Lots of fake Polo shirts and other knock-off designer items. 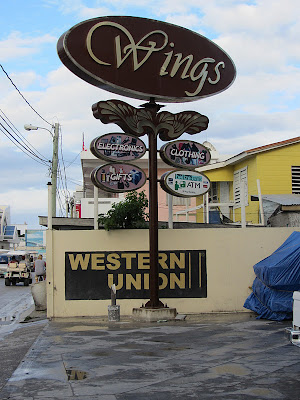 They had some cute Santas on display. 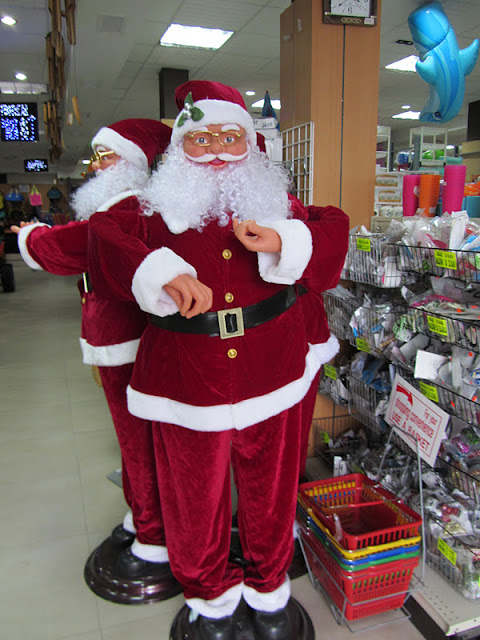 But the small stuff was gone.  Not one string of lights…that shelves were almost empty. 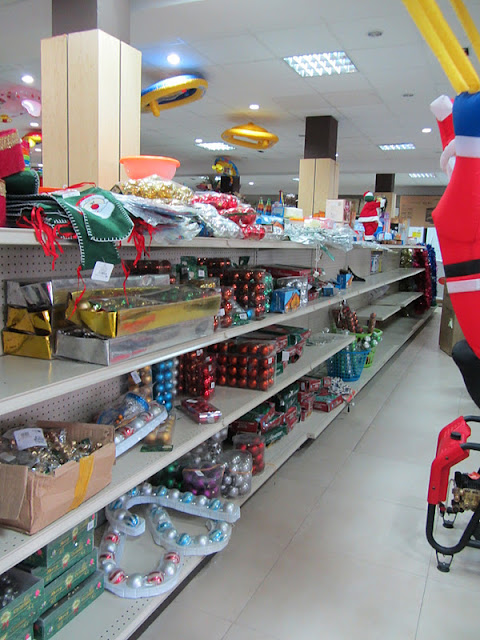 I bought one of the boxes of blue shiny plastic balls for $3bzd and moved to my next stop.  Note though…if you are looking for multi-colored hookahs.  Wings is your spot. 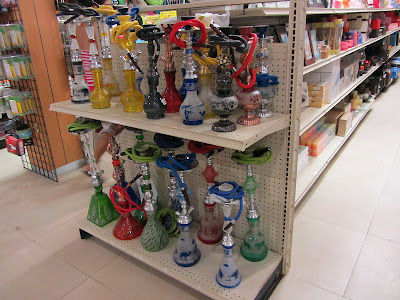 Next, A&R Store on Middle Street.

Lots of toys and bigger items, but again, no lights.  This place is CHEAP!  But I couldn’t find a thing. 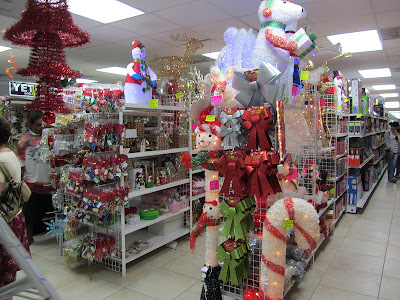 I saved the store that I hoped would be the best for last:  Caye Supplies.  There is so much stuff packed onto these two floors, it is imperative that you grab a salesperson as a tour guide.  Otherwise you will be wandering aimlessly for hours. 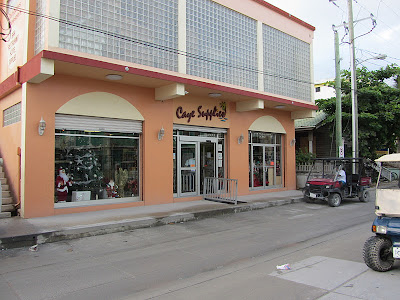 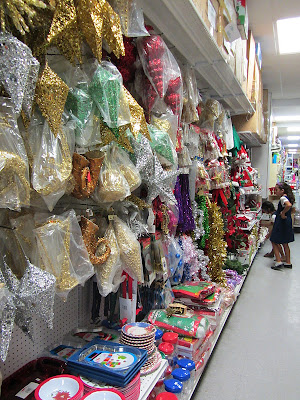 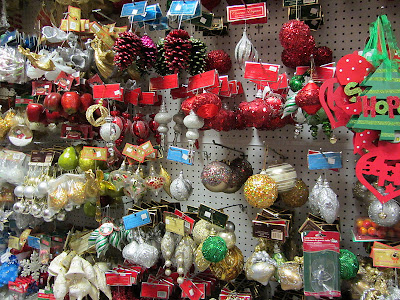 The decorations were picked over but finally I found my blue lights and a few more plain blue balls.  I guess that is all I’m getting this year.  Either someone bought all the blue and silver ornaments this year or those colors are so 2010.  Oh well…I still think my scrubby little tree looks kinda cute.   She just doesn’t photograph so well especially during the day time…you’ll have to take my word on that. 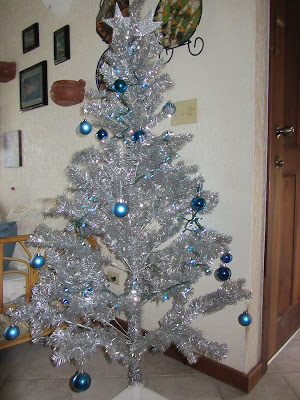 3 thoughts on “The Search for Christmas Decorations and Spirit…”