Let’s start with a super cute picture and then get to it. 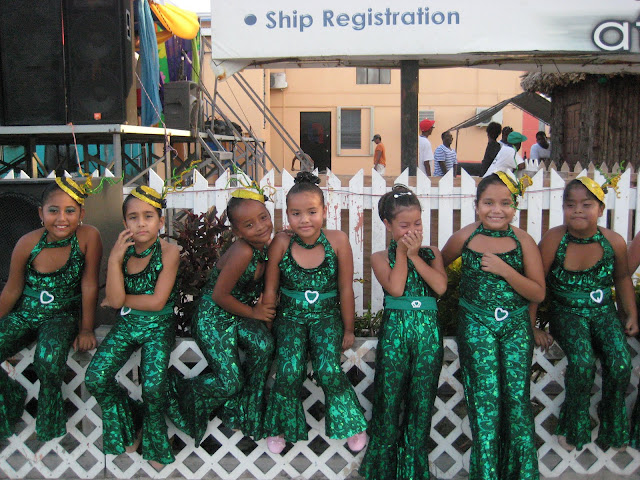 The main event was finally here…and these booths are getting seriously impressive.  I arrived at about 5.45pm and the crowd was already getting HUGE.  Great turnout.  Really great work San Pedro!  Caliente/Red Ginger/BlueWaterGrill, San Pedro’s restaurant empire, had a line of about 40 people by 6.15pm. 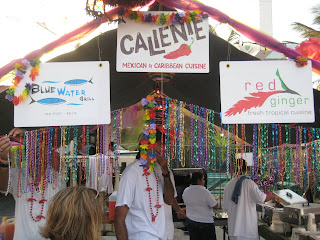 But let’s start at the beginning.  On my walk to the festival, I ran into a friend of mine and we shared a few sips of his fine (and warm) rum punch served in a water bottle.  That’s one way to get the festivities started. 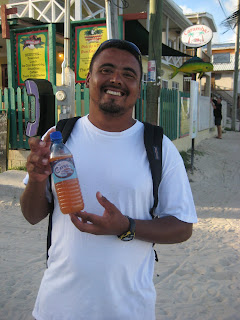 The Dazzling Divas booth must have taken serious time to set up.  A professionally printed sign,costumes, keg machines….they didn’t hold back. 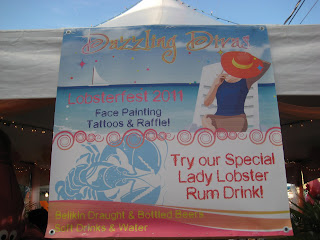 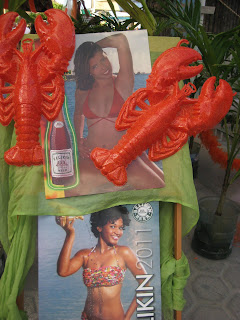 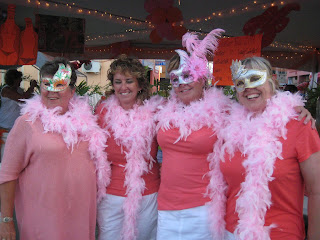 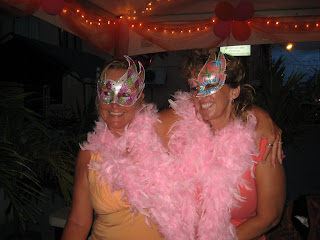 Kakaw Chocolate was doing booming business and had this Rock Lobster…I mean Choc Lobster set outside the booth. 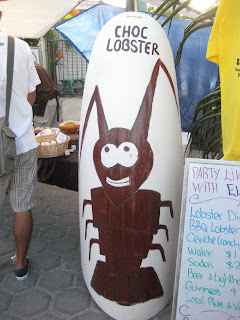 These little ladies (The San Pedro Dance Troupe) did a dance that was so friggin’ cute.  Something with baskets and coconuts.  I actually had tears in my eyes.  I am a sucker for that kind of thing. 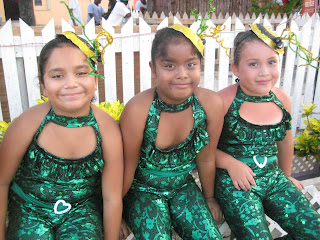 The cupcake booth (Heavenly Cupcakes and Treats, check then out on Facebook) was also extremely professional, I mean…look at these cupcakes. 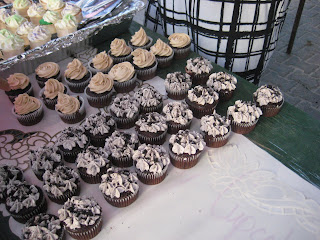 And the staff seemed to be having a great time though rumor on the street was she was up all night baking. 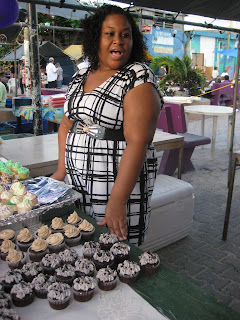 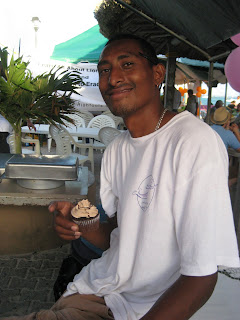 But alas, after a yummy “Lady Lobster” drink and a slice of Lobster Pizza at the Pirates Pizza booth, I left a bit early.  And I really wanted to stay for Supa G.  I’m quite sure he was distressed when he didn’t see me in the crowd (see earlier post!). 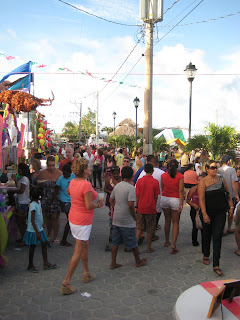 I am not good in huge crowds and to my dismay, there was nothing snarky to say about this event. Ugh. It was top notch.  OH WAIT!

Who knew?  Apparently, for rastas a quash on your shoulder is the new cool accessory…very Summer 2011.  Suddenly, they seem to be all around town.  MAN!  I’m always one season behind. 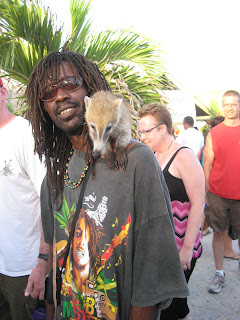 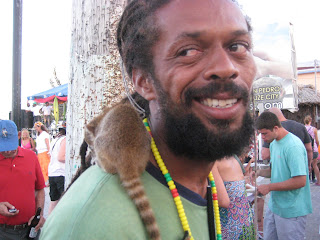 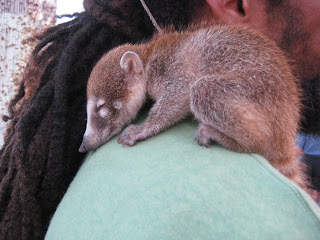 But in the end, I had to wax sentimental about the first lobsterfest 4 or 5 years ago.  Equally fun, also seriously crowded but rinky dink by this year’s standards.  Ahhhhh…our lowly cupcake booth, Mermaid’s Kiss.  I baked cupcakes for 48 straight.  The incredibly funny Mr. and Miss Lobsterfest contest.  Sterling was covered in lobster carcasses. The Fat Cats performing.  And once it became dark, our booth didn’t even have any lighting.  So 2007.  So young and naive.